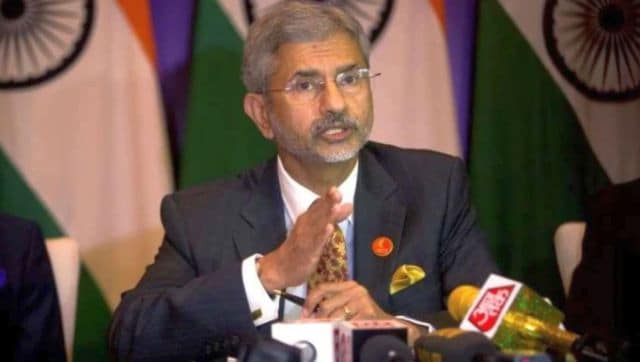 External Affairs Minister S Jaishankar will hold a virtual meet with the foreign ministers of Russia and China today. AP

External Affairs Minister S Jaishankar will chair the 18th meeting of the foreign ministers of the Russia-India-China grouping today.

The meet will be held via a digital video conference and as per a statement, the foreign ministers are expected to focus on strengthening trilateral cooperation and a review of regional and global issues.

As the foreign ministers gear up for this meet, take a look at what is RIC and what are the challenges this grouping is facing.

The Russia, India, and China collective, known as RIC, as a strategic grouping first took shape in the late 1990s under the leadership of Yevgeny Primakov, a Russian politician and diplomat who was also the prime minister of Russia from 1998 to 1999, as ‘a counterbalance to the Western alliance’.

Primakov’s thinking behind forming the group was to “end its subservient foreign policy guided by the US,” and “renew old ties with India and fostering the newly discovered friendship with China”.

Together, the RIC countries occupy over 19 percent of the global landmass and contribute to over 33 percent of global GDP. All three are nuclear powers and two, Russia and China, are permanent members of the UN Security Council, while India aspires to be one.

As Uma Purushothaman in an ORF article states, the RIC forms the core of both the Shanghai Cooperation Organisation (SCO) and the BRICS.

Friday’s meeting will be the 18th round of talks that the foreign ministers hold under the RIC grouping.

India took over the chairmanship of RIC after the last meeting of the three foreign ministers in Moscow in September 2020.

Following Friday’s meeting, Jaishankar will pass on the chairmanship of RIC to Wang for the next one year.
During the many meetings held, the trio have addressed a range of issues including counterterrorism, multilateralism, climate change and cooperation.

An external affairs ministry’s statement said that the foreign ministers expected to discuss further “strengthening of RIC trilateral cooperation including exchange of views on various regional and international issues of importance”.

As vague as this statement sounds, the RIC does serve a purpose to each of the countries in the collective. For Russia, the RIC is a mechanism to counter the United States and also set up a new world order where they assume a position of power.

On the other hand, RIC provides China a platform to push its interests in the Eurasia region. And when it comes to India, the RIC is a mechanism to cooperate with big world powers and set a balance and maintain a neutral stance when it comes to taking sides and supporting a country.

The RIC collective faces a multitude of issues — the most significant being the India-China standoff in Ladakh sector of the Line of Actual Control (LAC), which began in May 2020.

India and China share strained ties after the brutal clash at the Galwan Valley in June 2020 killed 20 Indian troops.

While the two countries have been holding talks to resolve the issue and disengage at the LAC, a final solution hasn’t been found yet. The 13th round of military talks held in October ended in a stalemate, with India saying it had made “constructive suggestions” for resolving the remaining areas but the Chinese side was not agreeable to them and also could not provide any forward-looking proposals.

Furthermore, External Affairs Minister S Jaishankar while speaking at the ‘Greater Power Competition: The Emerging World Order’ at the Bloomberg New Economic Forum in early November acknowledged that the two countries were going through a “particularly bad patch” in their ties because Beijing had taken a set of actions in violation of agreements for which it still doesn’t have a “credible explanation”.

Another issue that plagues the collective is India’s improved relations with the United States — perceived as enemy number one by both the other countries.

The trajectory of India-US bilateral ties is on a upward trend — trade and investment has risen and defence ties have also muscled up in the past 10 years.

In fact, when President Joe Biden met Prime Minister Narendra Modi in Washington recently, he described the relationship between the two nations as a “partnership for global good”.

While the RIC does face these issues, the RIC could help the three countries identify other issues where they have similar views and develop ties based off that.

Additionally, the RIC would be a perfect platform for India and China to resolve the border issue.

Most importantly, the RIC is significant multilateral because it brings together the three largest Eurasian countries.