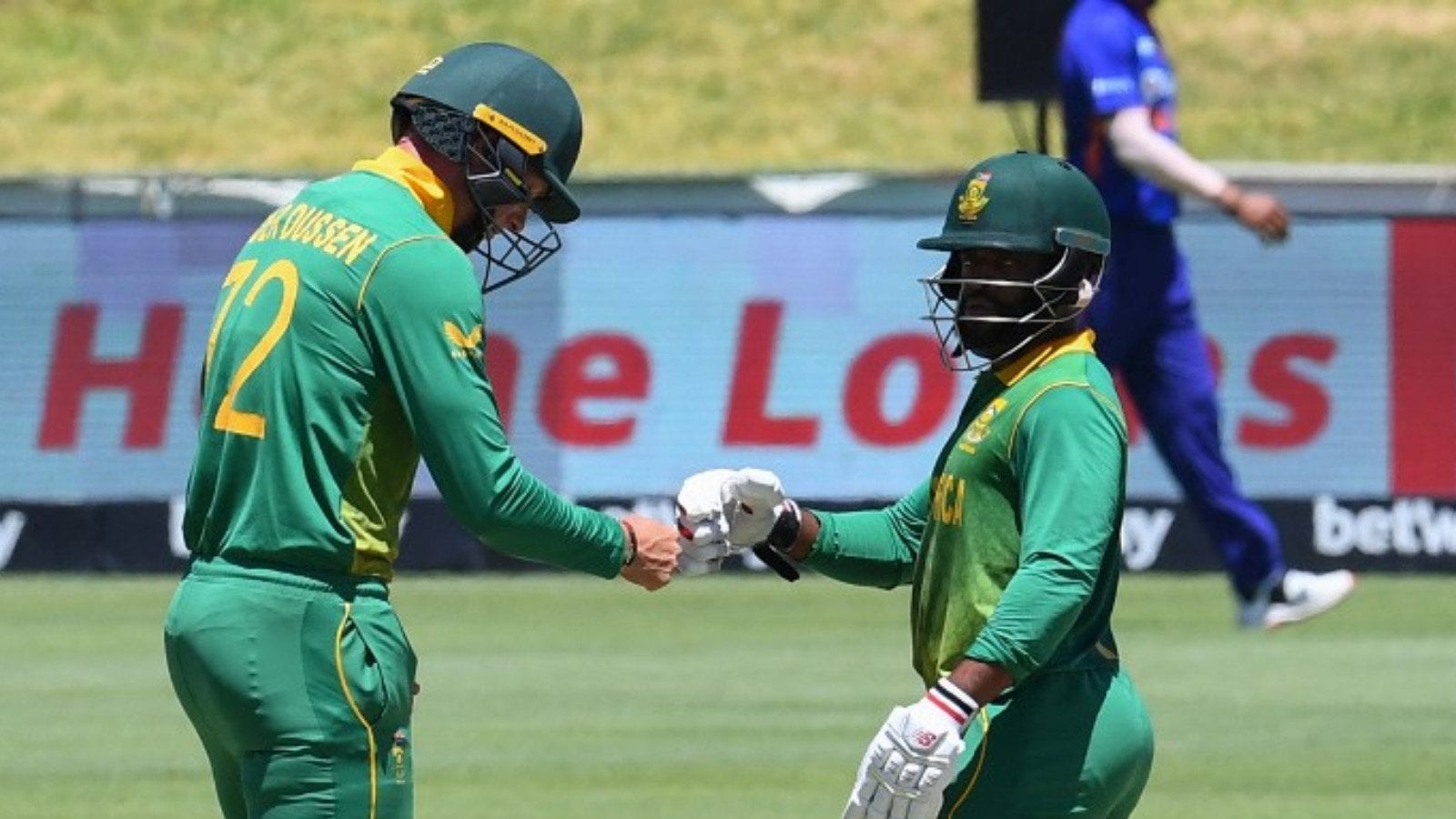 After conquering the Test series 2-1, South Africa continued their dominance on home soil with an emphatic 31-run victory over India in the first ODI on Wednesday. Sparkling centuries from Proteas’ captain Temba Bavuma (110) and Rassie van der Dussen (129) helped their team to claim 1-0 lead in the three-match series with the win over the visitors at Boland Park, in Paarl.

Ahead of the second ODI of the bi-lateral series, skipper Bavuma shared a post on Twitter and wrote, “Good start to the series, tomorrow we crack on again.” He also shared two photos with this tweet, one shows him probably acknowledging after his century, the other shows him and teammate van der Dussen hi-five each other.

Earlier in the first ODI, the hosts were struggling at 68/3 in the 18th over and desperately needed a strong partnership to get the act going. That’s when the duo of Bavuma and van der Dussen featured in a mammoth fourth-wicket stand of 204 to lift the home team. While the skipper contributed a sedate 110 off 143 balls, anchoring the innings which featured eight fours. His partner played a more aggressive role, smashing an unbeaten 129 off 96 balls. Van der Dussen struck nine fours and four sixes in his blazing innings conquering Indian bowlers and slow Boland conditions to eventually drive the team 296/4. KL Rahul employed only five bowlers and Shardul Thakur was expensive going over seven runs per over while the spinners, Ravichandran Ashwin and Yuzvendra Chahal went for over 100 runs in their 20 overs.

Chasing the target, Team India seemed to be cruising at one stage, with opener Shikhar Dhawan (79) and Virat Kohli (51) hitting fine half-centuries. However, once that partnership was broken, the visitors collapsed from 138/2 to 188/6 to lose their way in a chase of 297-run target. Batting down the order Shardul Thakur scored a fighting 50 (not out) but the game was well beyond their reach. South African bowlers Lungi Ngidi, Tabraiz Shamsi, and Andile Phehlukwayo were the stars with the ball, the trio scalped two wickets each, while Keshav Maharaj and Aiden Makaram picked one in their 10-over spell.

Both sides will have a go at each other for the second time in the three-match ODI series on Friday, January 21, at the same venue.