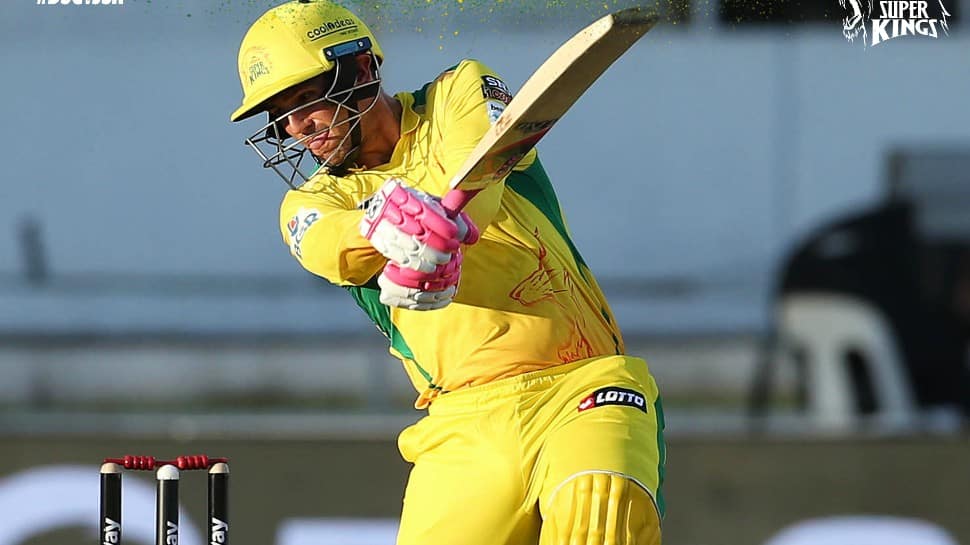 The second match of the SA20 2023 T20 League unveiled a new superstar as Joburg Super Kings stunned home side Durban Super Giants by 16 runs at Kingsmead, Durban, on Wednesday (January 11). It was 24-year-old all-rounder Donovan Ferreira who provided the fireworks, smashing an unbeaten 82 off just 40 balls with five sixes and eight fours to power the Faf du Plessis-led Super Kings to 190 for 6 after batting first.

Skipper Quinton de Kock’s 52-ball 78 went in vain as the Super Giants were restricted to just 174 for 5. For the Super Kings, Alzarri Joseph was the pick of the bowlers, claiming 2/30 while Ferreira also picked up 1/28 in 4 overs.

The Super Kings were struggling at 27 for 4 before Ferreira put on 72 runs for the fifth wickets with skipper Du Plessis, who scored 39 off 33 balls with three fours. Then Ferreira put on a match-winning 87-run stand with all-rounder Romario Shepherd, who blasted 40 off 19 balls with 4 sixes and 2 fours.

It was Ferreira’s third T20 fifty and his best-ever score in the format. Kingsmead has not witnessed such fanfare for many years with the fireworks adding to the spectacle produced out in the middle.

The Kingsmead crowd never lost their voice at all though and were back on their feet supporting their team when Quinton de Kock and West Indian Kyle Mayers raced out of the blocks.

The Super Giants opening pair dominated the Powerplay and took it all the way to the 11th over before Mayers was dismissed for 39 leaving the home team on 98/1.  De Kock was central to the Super Giants getting close, but he did not receive sufficient support from Heinrich Klaasen (20), Wiaan Mulder (10), Dwaine Pretorius (14) and Jason Holder (2 not out).

The skipper also eventually fell for 78 and walked back to the dressing room with the Super Giants’ chances unfortunately as they ultimately fell agonisingly short on a memorable night at Kingsmead.