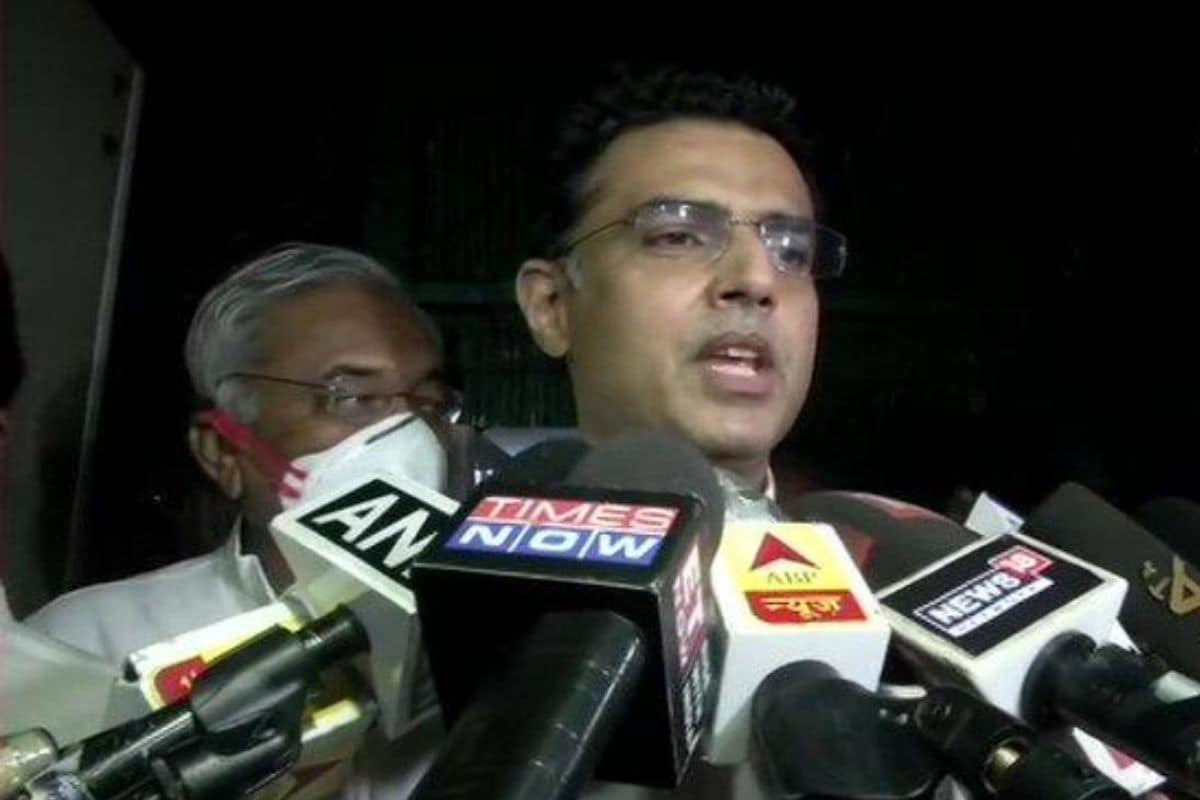 Sachin Pilot speaks to reporters outside the AICC office in Delhi on Monday night. (Twitter/ANI)

The three-member panel of the All India Congress Committee will address the issues raised by him, bringing to an end the protracted political crisis engulfing the party in Rajasthan.

Congress leader Sachin Pilot on Monday welcomed the creation of a three-member panel by the All India Congress Committee (AICC) to address the issues raised by him as the protracted political crisis engulfing the party in Rajasthan came to an end.

Pilot, who met Rahul Gandhi and Priyanka Gandhi earlier in the day, also met Ahmed Patel and KC Venugopal at the party’s 15, GRG Road, war room on Monday night. Priyanka, Patel and Venugopal are part of the panel that will address Pilot’s complaints.

“Sonia Gandhi heard all our concerns and the governance issues that we raised. The formation of the three-member committee by the Congress president is a welcome step. I think all the issues will be resolved,” said Pilot.

“For the past some time, some MLAs were in Delhi, there were some issues which we wanted to highlight. I did that,” he said. “I had been saying since the beginning that all these things were based on principle. I always thought these things are essential to be raised in the party’s interest.”

Pilot along with 18 rebel lawmakers were lodging in a hotel in Manesar since the Congress government led by Ashok Gehlot accused the BJP of trying to topple its government and poach its MLAs.

Pilot said several things were said — “I was surprised by a few things that were said. I think we should always maintain restraint and humility. There is no place for personal malice in politics,” he said.

Pilot was referring to earlier remarks made by Gehlot who had called his former deputy “nikamma” (useless) and had accused him of playing a part in toppling the government.