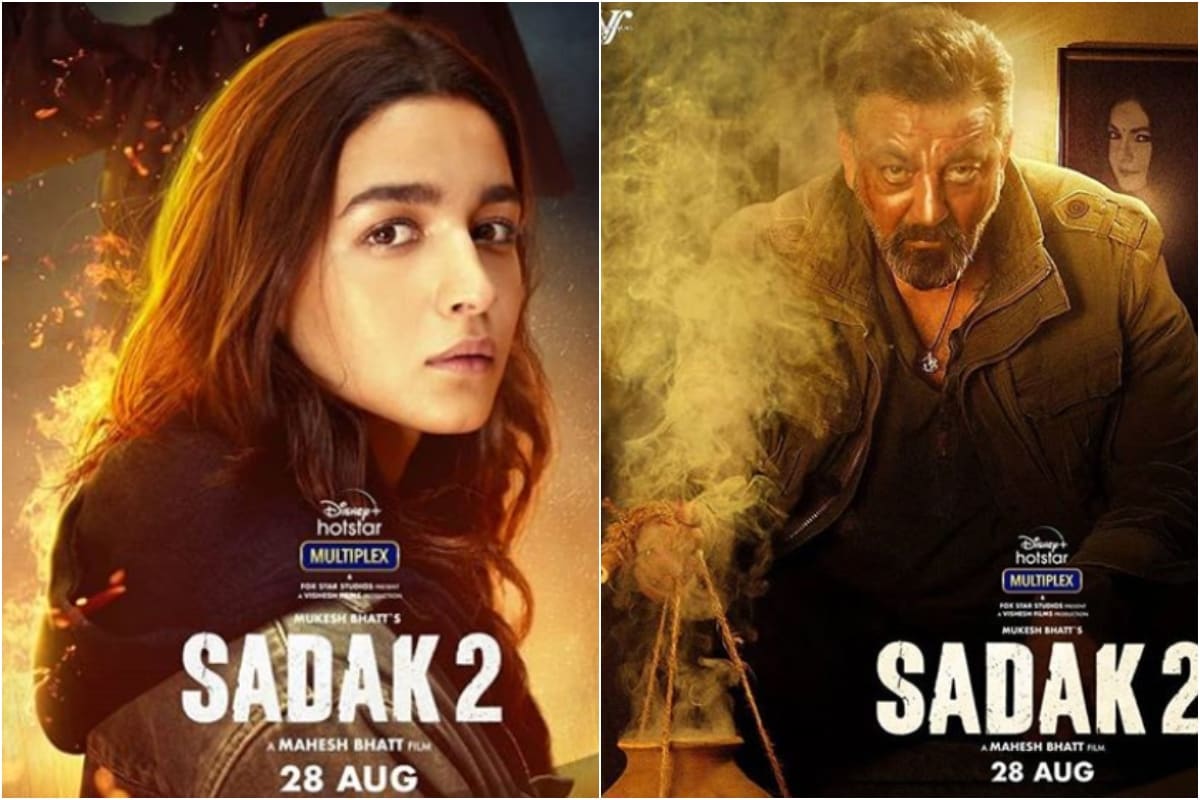 The first character posters of the upcoming thriller Sadak 2 are sure to raise the anticipation for the movie. After Sadak (1991) became a huge hit, director Mahesh Bhatt is returning with a sequel, featuring old and new star cast.

Alia Bhatt and Aditya Roy Kapur are the fresh additions to the cast of Sadak 2. Their respective first look posters in the film were unveiled on Monday. Alongside this, the trailer launch date of Sadak 2 has also been revealed to be Tuesday, August 11.

Alia’s poster shows a young, troubled woman who seems to be fighting her battle. In her character poster’s backdrop there is a shadow of a self styled godman, who is raising his arms. We can see fire on the outlines on Alia’s frame as well.

Sanjay Dutt’s first look in the movie is quite intense. In Sadak, he played a vengeful hero, named Ravi, and seems like he is rebooting his character in the sequel. There are blood stains visible on his face, as he holds an earthern pot with burning embers. the portrait of Pooja Bhatt is visible in the background as Sanjay gives a deadly stare into the camera.

Aditya’s character poster is quite unlike Alia’s and Sanjay’s in the sense that he wears an infectious smile on his face and seems carefree. His charming looks are sure to woo the audiences in the intense drama that Sadak 2 appears to be.

As announced earlier, Sadak 2 will be releasing on August 28 on OTT. The movie’s theatrical release has been sacrificed due to the coronavirus pandemic.