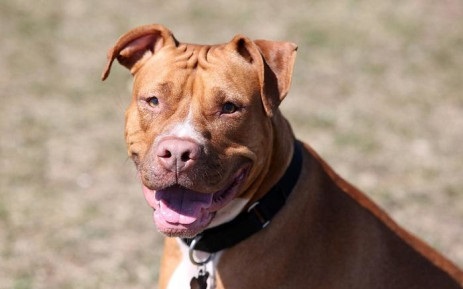 “Identification of the person behind the voice note is part of the internal complaints handling mechanism, which cannot be divulged at the moment.”

In the voice note, the woman defends pit bulls amid calls for a ban on the breed as domestic pets.

The petition, by the Sizwe Kupelo Foundation, wants the vicious breed banned due to a recent spate of deadly attacks.

READ | ‘These are not pets’: Man gives away his two pit bulls after news of child mauled to death

Although the petition has received thousands of supporters, other organisations, pit bull owners and breeders have opposed calls for the ban.

TimesLIVE reported the voice note was leaked from a WhatsApp group, called “Pit bull be my voice”.

In the voice note, the woman, identified by the publication as Belinda Migor from Benoni, calls for a ban on black people.

I’m very passionate about this. Ban them, kill them, shoot them, get rid of them because they are the problem — not pit bulls, not animals. Animals are beautiful, and they deserve a warm bed, food, love, attention, and everything else. God created those animals. Who created the black man? Do you think God? I don’t think so.

She initially denied sending the voice note and said she was not racist, as she was “very kind and helpful, especially to black people”.

She later blamed diabetes for her outburst, telling TimesLive her sugar was “out of whack”, and she could not think clearly.

Baloyi said: “The commission is assessing the matter in line with its complaints handling procedure. The commission responds to prima facie hate speech in one of two ways [by] conducting an investigation or [through] court proceedings.

“The commission’s assessment process will determine the action taken.”