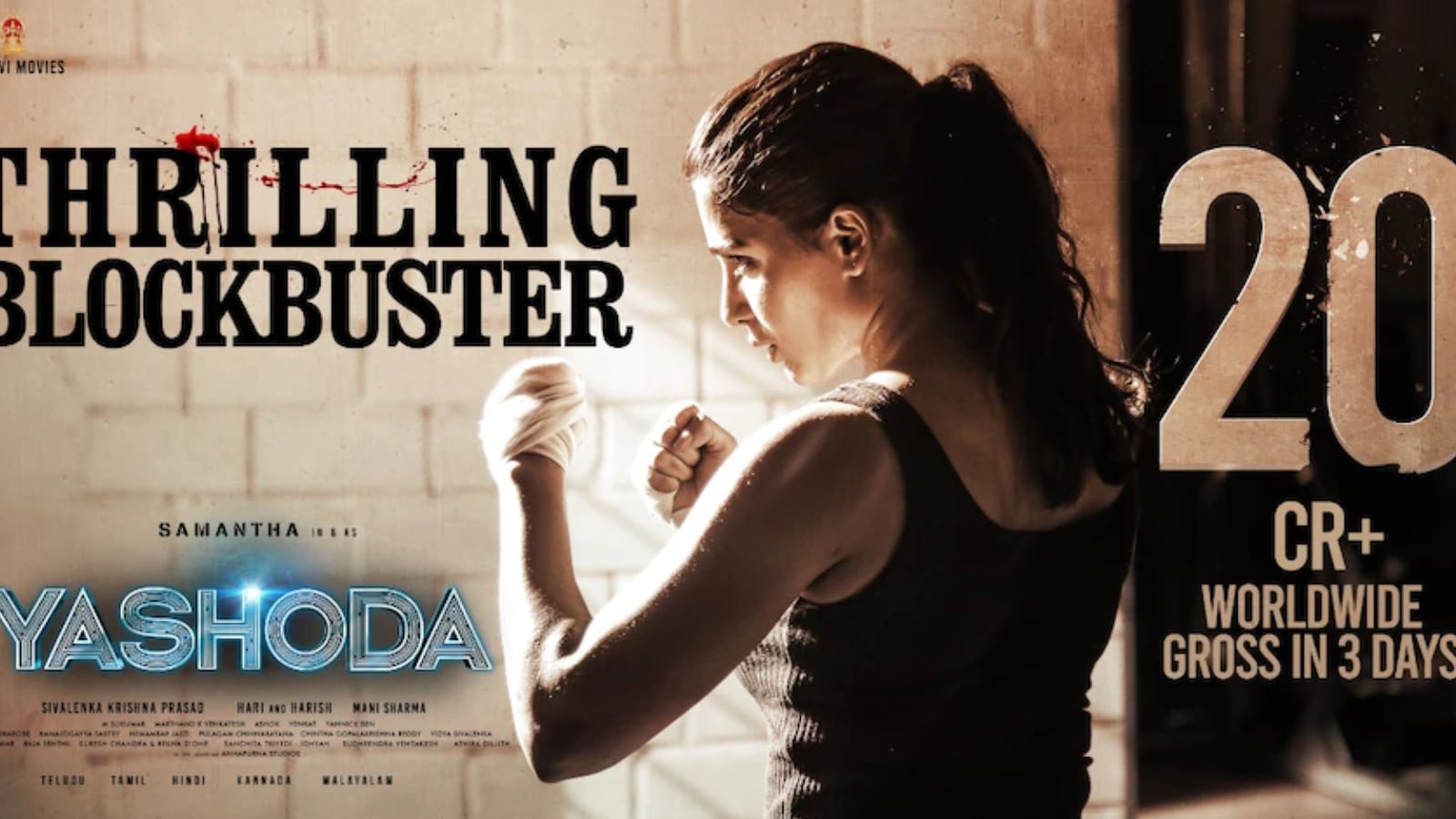 Samantha Ruth Prabhu-starrer Yashoda has been receiving rave reviews from critics as well as the audience. The film is also earning well at the box office. The film is now all set to release on a digital platform this month.

The action thriller film has been helmed by the director Hareesh Narayan and K Hari Shankar famously known as Hari-Harish revolves around the surrogacy mafia. According to unclaimed reports, the digital rights have been acquired by OTT giant Amazon Prime Video.

The makers of the Yashoda have also locked the date of its digital release with the streaming giant. The film is reportedly to premiere on Amazon Prime Video on December 9. However, an official announcement for the same is yet to come from the makers. It was released theatrically on November 11.

Earlier, there were reports that the film has been in legal soup after the EVA IVF Hospital took legal action against the film for showing their hospital in a negative light. According to the report by Pinkvilla, the hospital administration has filed a petition in the Hyderabad court claiming that the way the film depicts the surrogacy mafia can harm its credibility and reputation.

In their petition, they also mentioned the makers have used their name and have put their name in a bad light. The court had, in turn, sided with the hospital administration and postponed the film’s OTT release.

In the film, Samantha’s character fights a mafia that forces and exploits women into becoming surrogates. Samantha’s acting chops in the film have received a lot of positive feedback. Thanking the audience, the actress penned a long note and shared it on Twitter.

The excerpt from the long note said, “I am overwhelmed with joy and gratitude. Hearing your whistles and seeing the celebrations at the theatres is proof that all the hard work that the entire team of Yashoda put in was all worth it! I am on cloud nine. (sic).”

Meanwhile, Samantha will be next seen in Kushi alongside Vijay Devarakonda. She also has Shakuntalam in her kitty.