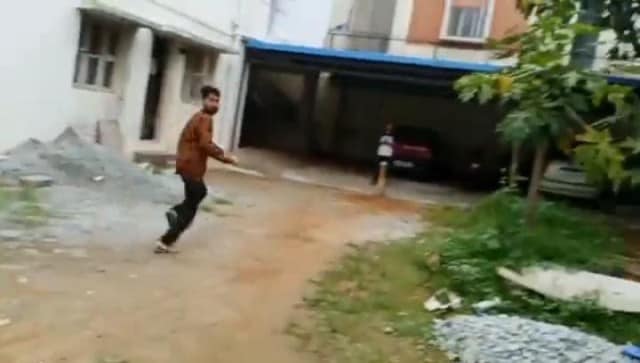 We all know that India is a country where cricket is followed as a religion. We all have grown up playing ‘gully cricket’ in the neighbourhood. Now all who follow cricket closely, know that visual attraction is only half as effective if there is no voice behind it. Commentary plays an indispensable role in getting a grasp of whatever is happening on the field. During national or international matches, we all have heard commentary in English, Hindi, or some regional language, but have you ever come across cricket commentary in Sanskrit?

Well, if you just said no to that question, then you really need to check it off of your list after seeing what the internet has in store for you. Taking social media by surprise, a video shows a group of young boys playing cricket, while the person behind the camera is giving commentary in full-fledged Sanskrit.

A Twitter user named Lakshmi Narayan B.S has shared the video with the caption, “Sanskrit and cricket.” The video, which is buzzing over the internet, opens by showing a group of teenagers playing cricket, while a few girls in attendance are standing on their balconies.

But what truly caught all the attention was a background voice doing commentary in Sanskrit. It appears that the commentator also has taken the live audience by astonishment as the moment he takes the camera near them and they hear him talking, they are left in splits. After some time, a girl can be seen responding to the commentator in Sanskrit only. Towards the end of the video, as the batsman hits a powerful shot, the speed of the commentary increases with excitement. The video appears to be from Bengaluru.

Now the novel concept of the Sanskrit commentary and the commentator’s fluency in one of the oldest languages in the world has stunned social media users. Several took to the comments section to question how a person turned out to be so fluent in Sanskrit, which was usually taken up as a third language in schools. One user lauded the person and wrote, “My heart melted. Hope I could read and write Sanskrit.”

My heart melted. Hope I could read and write Sanskrit

While many hoped that they could also speak with such fluency, several revealed that they are also learning and are at a beginner’s phase.