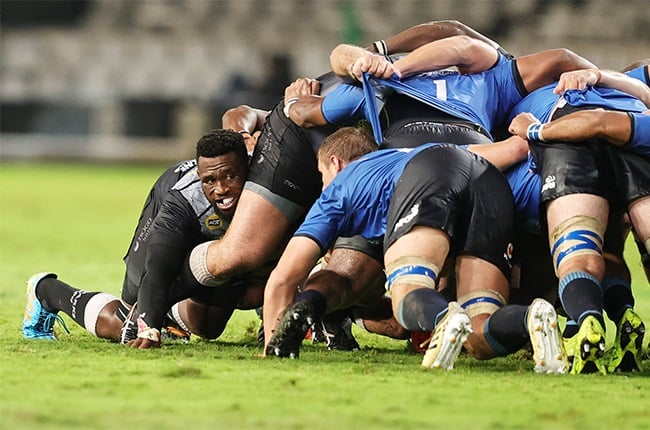 Sharks coach Sean Everitt was more than
happy with Siya Kolisi’s debut performance on Friday, as the men from
Durban thumped the Bulls 45-12.

Kolisi, who recently completed a high-profile move from Western
Province and the Stormers, scored a try in the big win.

With Everitt hailing the strides
Kolisi made in adapting to the Sharks’ different playing style and the
different blindside flanker role he’s being asked to perform to the one
he had in Cape Town.

“I think the tackles that he missed were more system errors rather
than individual errors but we are very happy with Siya,” said Everitt.

“His role at No 6 at Western Province was slightly different to what
we have here. The No 6 role here at the Sharks means that your work rate
must be more because you are playing a little bit closer to the ball.

Everitt said Kolisi was only supposed to play the first half but had
to stay on the field longer following an injury to Sikhumbuzo Notshe.

“He was supposed to play the first 40 and come off but unfortunately
Notshe got a hamstring injury and had to leave the field early. That
meant that we had to push Siya for a little bit longer but he is a
fantastic rugby player and we are happy with his contribution.”

Now that the Preparation Series is done and dusted, the Sharks’ focus
shift to the recently-confirmed Rainbow Cup, which will get underway on
April 24.

The competition will pit the Sharks, Bulls, Lions and Stormers
against the PRO14 sides from Ireland, Italy, Scotland and Wales and will
require the SA franchises to head up north for the first time in their
history.

“In Europe‚ conditions are not going to be that sour where we will
have to kick the ball away. We are going there in the better part of the
year and at the same time when you have done your work by watching
Pro16 rugby it’s not all about kicking. It’s about getting the balance
right between kicking and attack,” Everitt added.

“By kicking you can get counterattack opportunities but you can also
force turnovers by good defence and that is the blend that you have to
get right. Taking 50/50 chances in your own half is probably not the way
to go when you are over there because of the strength of their
set-piece.

“When you are dealt cards‚ you’ve got to play with them. We control what we can control.

“The Sharks in the past have travelled very well and I don’t expect
anything from a tour to Europe. We’re going be there for two weeks and
we will have to get used to the conditions.

“I think the guys are looking for the challenge of playing new teams‚ going to new places and making new memories.”