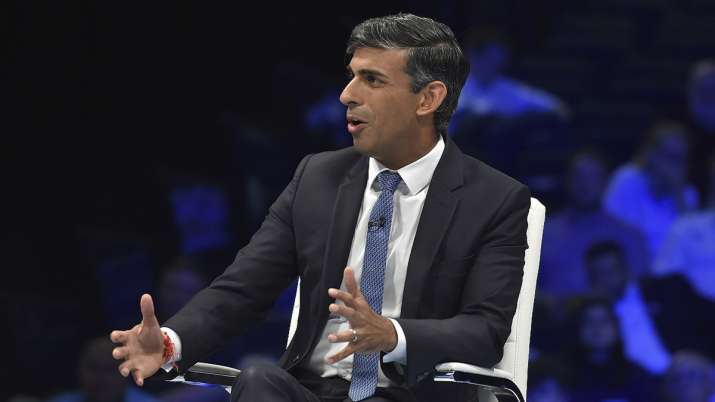 Rishi Sunak news: Indian-origin British Prime Minister candidate Rishi Sunak closed off on his election campaign on Saturday, and thanked his supporters and voters. His ‘Ready for Rishi’ campaign came to an end as he made history as the first Indian-origin member of Parliament to compete for the post

While most surveys of Conservative Party members with a vote in the leadership election to replace Boris Johnson, and even most UK media reports, have concluded that Foreign Secretary Liz Truss will be the winning candidate when the result is declared on Monday, Sunak struck a note of optimism on Twitter.

“Voting is now closed. Thank you to all my colleagues, the campaign team, and, of course, all the members who came out to meet me and lend your support. See you Monday! #Ready4Rishi,” he wrote.

The 42-year-old British Indian former finance minister pegged his campaign around a focus on getting a grip on soaring inflation, a 10-point plan to tackle illegal immigration, fighting crime to make UK streets safer, and restoring integrity and trust at the heart of government. “Six weeks on the road and I’ve loved every second,” he declared.

The online and postal ballots cast by an estimated 160,000 Tory members are now being tallied by the Conservative Campaign Headquarters (CCHQ), with the winner to be announced on Monday at 1230 pm local time by Sir Graham Brady – chair of the 1922 Committee of backbench Tory MPs and returning officer of the election.

Sunak and Truss will find out who between them has clinched the top job at 10 Downing Street around 10 minutes before the public announcement.

According to the calendar of events now set in motion, the newly elected leader will make a brief acceptance speech soon after the results are declared at the Queen Elizabeth II Conference Centre in central London – near Downing Street. The rest of Monday will involve the winning candidate putting the final touches on his or her Cabinet posts and prime ministerial debut speech.

On Tuesday, the day will begin with a farewell speech by outgoing Prime Minister Boris Johnson on the steps of his Downing Street office one last time before he is flown out to Aberdeenshire in Scotland for an audience with the Queen to formally resign as the head of government.