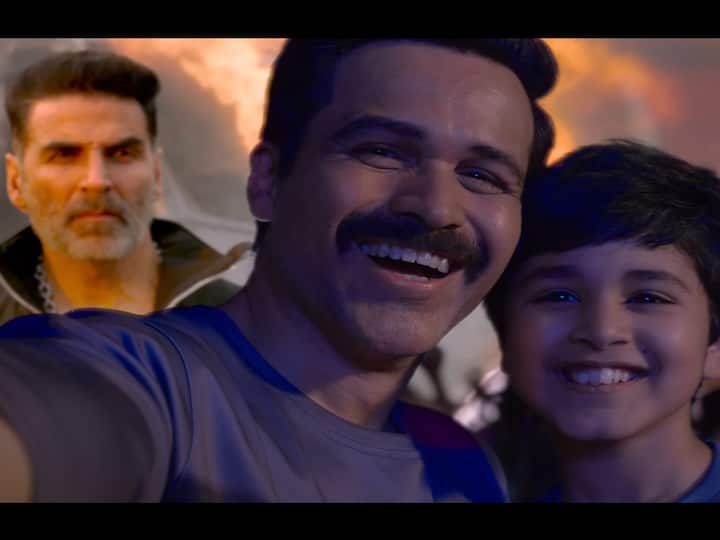 New Delhi: The trailer of the upcoming film starring Akshay Kumar and Emraan Hashmi, ‘Selfiee’, has finally dropped. The makers released the three-minute-long trailer on Sunday on the studios’ YouTube channel.

Akshay also shared the trailer of his film on Instagram and wrote, “Iss kahaani ka villain toh pata nahi par hero #selfiee hai (I don’t know who is the villain of this story, but hero is the Selfiee! Watch Selfiee trailer now. Selfiee releasing only in cinemas on 24th Feb.”

As the trailer begins, Akshay Kumar is presented as a superstar, and Emraan Hashmi, a police officer, is his biggest fan. Emraan says he just wants to take a selfie with their “hero” with his son. And that is his biggest dream. However, things go south when Akshay and Emraan Hashmi begin to clash over the former’s driver’s license. Following a verbal spat, Hashmi’s character to get revenge pushes Akshay to obtain his license like any other ‘ordinary man’.

Check out the trailer of the film here:

The action drama starring Akshay Kumar and Emraan Hashmi is slated to premiere on February 24. ‘Selfiee’, a Raj Mehta-directed movie, is the official Hindi adaptation of the Malayalam movie Driving License. The lead actors in the movie were Prithviraj and Suraj Venjaramoodu.

Meanwhile, Emraan Hashmi will reportedly be seen playing a negative character opposite Salman Khan in Yash Raj Film’s ‘Tiger 3’. On the other hand, Akshay Kumar is gearing up for ‘OMG: Oh My God 2’. He will also star in an action thriller film titled ‘Bade Miyan Chote Miyan’ alongside Tiger Shroff as well as in the official Hindi remake of the Tamil film ‘Soorarai Pottru’.