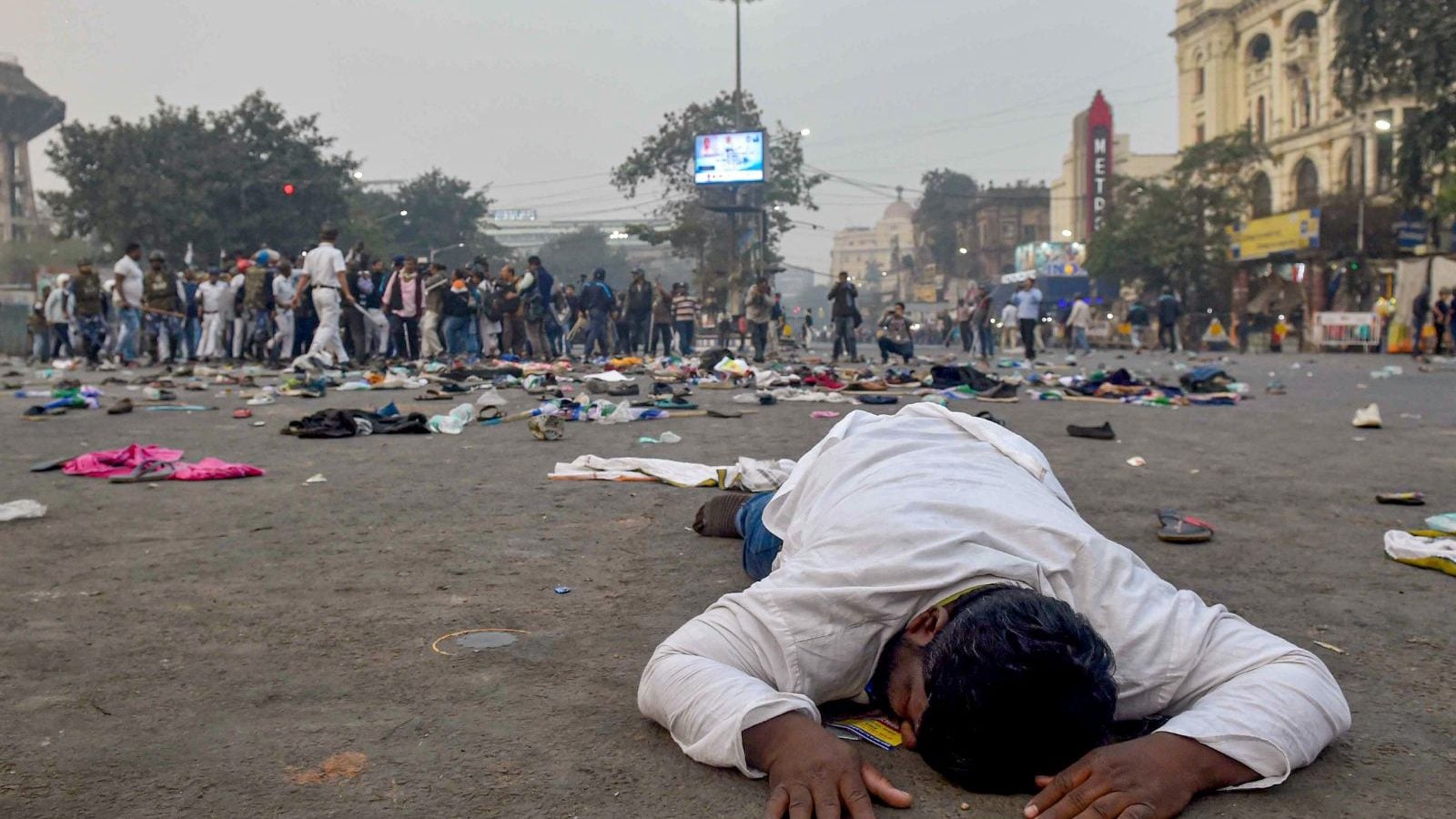 Injured ISF members during a clash with the police following their rally, in Kolkata, Saturday. (PTI Photo) (

The lone ISF MLA Nawshad Siddiqui, who was leading the protest, and around 100 supporters of the party were arrested, a senior police officer said

Several police personnel and opposition Indian Secular Front (ISF) activists were injured in a clash between them as the party’s protest at Esplanade area in central Kolkata turned violent, throwing traffic out of gear on Saturday afternoon.

The lone ISF MLA Nawshad Siddiqui, who was leading the protest, and around 100 supporters of the party were arrested, a senior police officer said.

The ISF was protesting at Dorina Crossing against alleged attacks on party activists by the ruling Trinamool Congress at Bhangar in South 24 Parganas district.

The activists blocked an arterial road in the heart of the city, prompting the cops to ask them to clear Jawaharlal Nehru Road and allow traffic movement.

However, the workers of the party, which was formed before the 2021 assembly election, refused to vacate the road demanding that the perpetrators behind the attacks on its activists at Bhangar be arrested first.

As the protestors started pelting the cops with stones, the police used batons and lobbed tear gas shells to disperse them, turning Esplanade area into a battlefield.

“They were adamant and hit one of our officers following an altercation. Our officers intervened and it was when the party workers started throwing stones at our officers. We had to use tear gas to disperse them,” Kolkata Police Commissioner Vineet Goyal said.

At least 19 policemen including a few officers suffered injuries in the scuffle.

“They are being treated for their injuries. While some are admitted at SSKM Hospital, a few are in Calcutta Medical College,” Goyal told reporters after visiting the injured policemen at SSKM Hospital.

The number of ISF supporters injured in police action is not known.

As police baton-charged the workers and lobbed tear gas shells, the demonstrators numbering around 500 retreated but pelted the cops with stones from nearby lanes, injuring several police personnel.

The protestors also damaged kiosks and guardrails of the police injuring several policemen, the official said.

After about an hour, the police managed to clear the road and chased away the protestors but stray incidents of stone pelting continued for some time.

Commuters, who were hiding in shops with their shutters down came out raising their hands.

The MLA was initially detained and was later arrested. At least 100 ISF activists were also arrested while they were returning to Bhangar after attending the meeting.

Siddique, before his detention, deplored police “inaction” at Bhangar and the “high-handedness” of the force in Esplanade by turning on “peaceful protestors”.

A day back, ISF party offices were burnt down in Bhangar allegedly by TMC workers. The ruling party in turn claimed that the ISF destabilised the situation in the area by bringing in armed men and attacking their supporters for the past few days.

ISF is the only opposition party other than BJP to have won a seat in the 2021 West Bengal assembly election. Its allies, the CPI(M)-led Left Front and the Congress failed to bag any seat.

The party was formed by Abbas Siddiqui, an influential Muslim cleric of Furfura Sharif in Hooghly district, in February of that year.

PM Modi Made it Possible for Rahul Gandhi to Hoist Tiranga at Lal Chowk, Says BJP