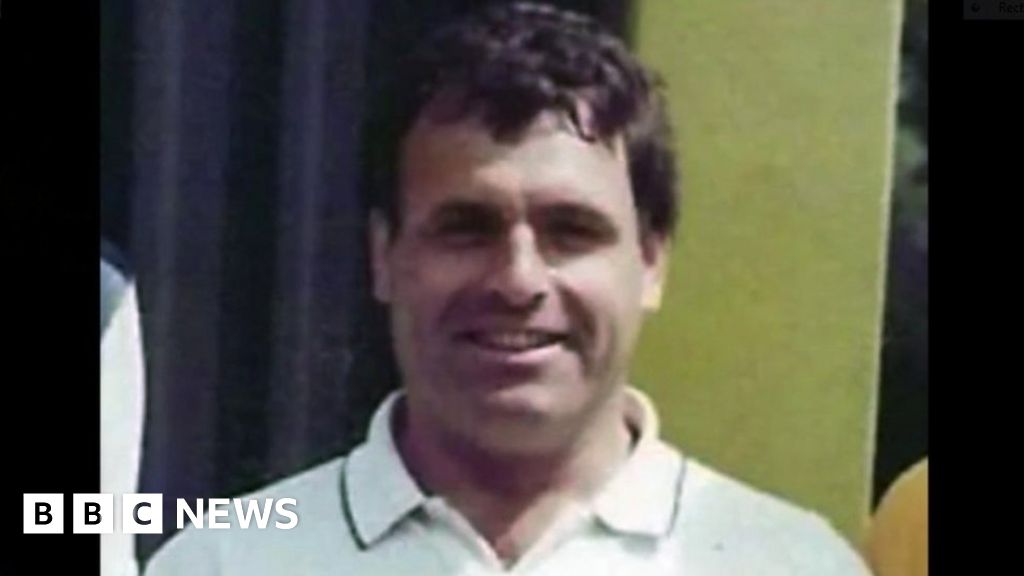 A man sexually abused as a schoolboy has been awarded more than £1m from his teacher’s employer.

Haringey Council in London argued unsuccessfully the assaults by Andrew Adams had caused no long-term trauma.

Despite pleading guilty to criminal charges, Adams argued in a civil case 13-year-old “James” had groomed him.

Haringey said it had “strongly condemned” Adams’s actions, adding the appeal had been brought by its insurers to determine the level of damages.

Scared and confused, he confided in his teacher at Highgate Wood School, in north London.

Adams told him the rape proved he was gay, everyone would hate him but he would be his friend.

And he proceeded to groom and then sexually abuse James for years.

Speaking exclusively to BBC News, in his first interview since the ruling in February, James, who asked not to use his real name, said: “Adams assaulted me in the school changing rooms, the gym and outside of term time in the school’s VW van.

“He was admired, no-one questioned him.”

After school, Adams would take him to the home he shared with his mother and rape him while she was in the house.

Afterwards, Adams would make himself a sandwich and eat it while James watched him, hungry.

Adams also took James to Hampstead Heath and public lavatories and made him watch men having sex.

“His thing was assaulting you in public places and getting away with it,” James said.

“He sexually assaulted me in Regent’s Park mosque.

“And I’m sure it was just for titillation, to get away with it.”

James believes other staff at the school suspected Adams – but no-one investigated.

The teenager became distant from his friends and family.

And the abuse and sexual activity continued until he was 21.

He felt utterly alone with his secret.

And, even though he was successful in the IT industry, James had two breakdowns.

Meanwhile, Adams thrived, becoming deputy head of Highgate Wood and even having a wing of the school named after him.

Eventually, when talking to a psychiatrist, James disclosed the abuse.

He then went to the police.

And in 2014, Adams pleaded guilty to charges of assault and buggery against James.

He was sentenced to 12 years in prison, later reduced to eight years on appeal.

By this point, James was so mentally damaged by the legacy of what had happened he could no longer work.

He sued Adams and Haringey.

But in court Adams said it was James who had groomed him.

And James had to spend two days in the witness box.

“The idea that I, as a 13-year-old pre-pubescent boy, could somehow instigate or groom a 35-year-old teacher – I was shocked,” he said.

Haringey had sought to have James’s claim dismissed in its entirety on the basis it was time barred.

The council’s insurers argued Haringey was not responsible for Adams’s acts after James had:

And the assaults could not have caused any long-term trauma because they had not been violent.

But the Court of Appeal rejected all the arguments raised on behalf of the local authority.

James was shocked at the council’s attitude.

“It felt like I was under attack,” he said.

“I felt tremendously let down by Haringey.

“I thought they were dishonest in pretending to the public that they actually care, because when they are confronted with someone who has suffered from abuse from one of their staff, and the long-term consequences of that, they want to say it’s nothing to do with them.”

His solicitor, David McClenaghan, from the firm Bolt Burdon Kemp, told BBC News: “James can be incredibly proud of himself.

“The Court of Appeal has roundly accepted his case that it was impossible for him to consent to sexual activity with his teacher, given the background of manipulation and grooming that he was subjected to.

“So other victims and survivors of child abuse are unlikely to face these kinds of arguments from defendants like Haringey or people like Andrew Adams.”

A Haringey Council official said: “Our sincere sympathies remain with the victim following these incidents at Highgate Wood School back in the 1980s.

“We have previously strongly condemned the actions of Andrew Adams.

“And that position has not changed.

“To be clear, Andrew Adams was jailed in 2014 for admitted criminal acts.

“This civil case was an appeal brought by our insurers, not the council, in order to decide the level of damages to be awarded.”