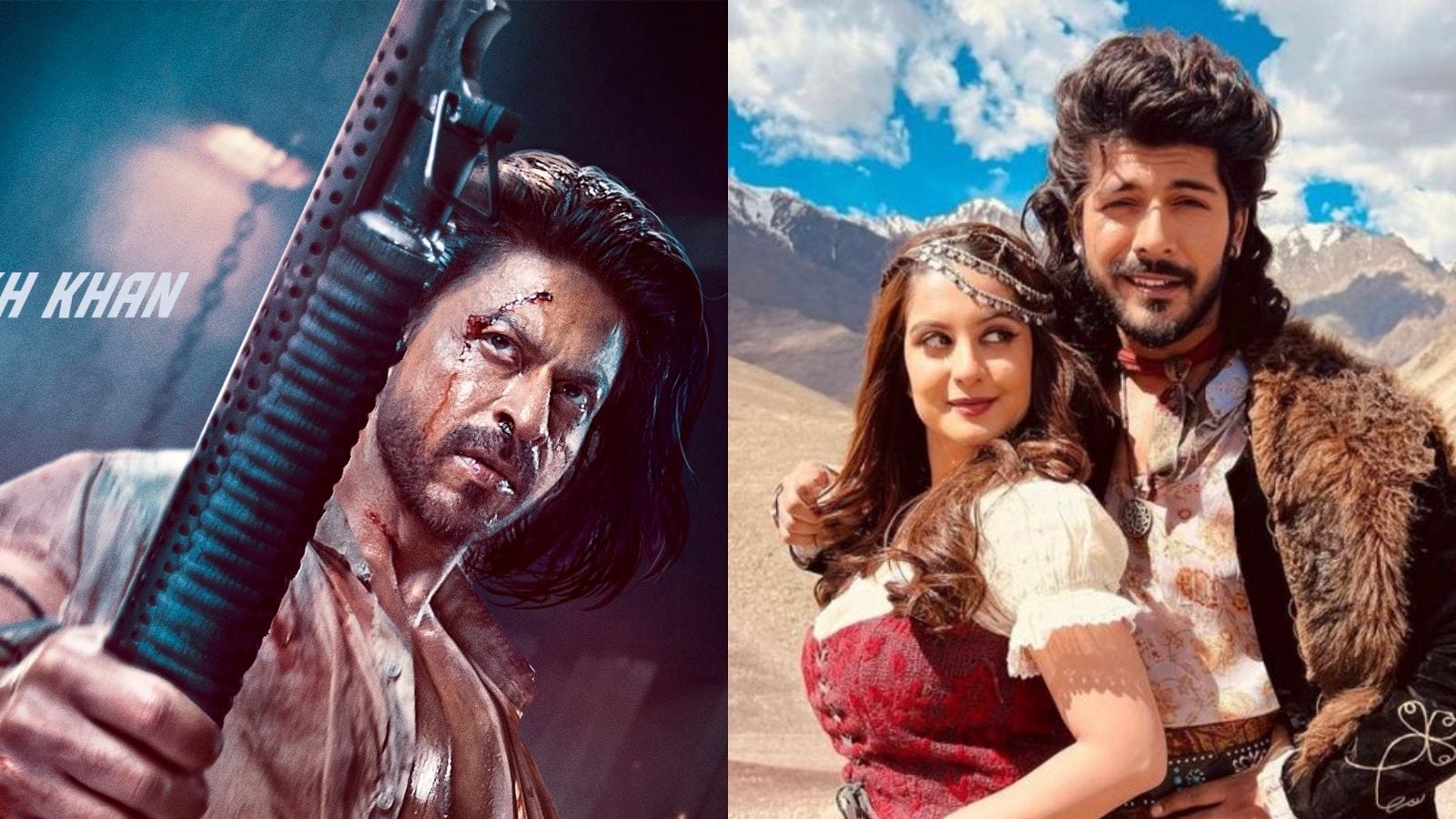 Shah Rukh Khan starrer Pathaan and television actor Sheezan Khan were among the top newsmakers of the day.

The much-awaited trailer of Shah Rukh Khan, Deepika Padukone and John Abraham starrer Pathaan is finally going to drop on January 10 at 11 AM. Announcing this news, King Khan took to social media on Monday and wrote, “Thank u for waiting….ab Pathaan ki mehfil mein aa jao….#PathaanTrailer out TOMORROW at 11 AM!” Pathaan marks SRK’s comeback to the big screen after the 2018 movie Zero. It is directed by Siddharth Anand and is backed by Yash Raj Films.

Tunisha Sharma’s suicide case took a new turn on Monday when the bail plea of the actor and accused Sheezan Khan was adjourned till January 11, 2023. The decision was announced by the Vasai Court. “We have asked for another date further and we’ll be keeping our perspective in the court on January 11,” Tunisha Sharma’s family advocate Tarun Sharma said as quoted by the news agency ANI.

This is for the second time that Sheezan Khan’s bail plea has been adjourned by the court. The actor is currently in judicial custody.

Urvashi Rautela’s mother recently took to social media and dropped a picture of the hospital where cricketer Rishabh Pant is admitted. Along with the photo, she penned a note for her daughter and wrote, “Every thing is all right don’t worry beta @urvashirautela.” However, this left the netizens disappointed. Soon after the post was shared, several of Pant’s fans commented on it and alleged ‘harasment’ from the daughter-mother duo.

Kantara actor Kishore Kumar G has been in the news lately for taking a dig at Yash’s Kannada blockbuster film KGF 2 as well as his Twitter handle being suspended out of the blue. In light of the boycott calls against Shah Rukh Khan’s action-thriller Pathaan and the vandalism that took place a few days ago in a mall in Ahmedabad, Kishore has weighed in on the situation by stating that the ‘boycott’ movement is nothing but akin to hooliganism.