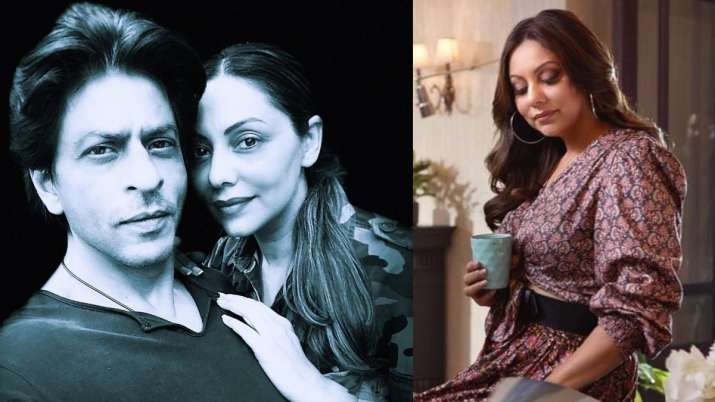 Shah Rukh Khan‘s wife Gauri Khan is all set to turn host for a show titled Dream Homes With Gauri Khan. The show was announced by SRK on his verified Instagram account. The Bollywood superstar shared a promo video of the same. In the video, Gauri is heard saying, “The thing they don’t tell you about being a designer is that it’s not a job it’s a lifestyle. Welcome to Mirchi presents Kurl On Dream Homes with Gauri Khan.”

Gauri also shares the names of the guests that would be coming to her show. These names are — Katrina Kaif, Malaika Arora, Farah Khan, Kabir Khan, Manish Malhotra, and more’s houses. Her guests share what they are looking for in their houses. While Farah requests aesthetics in her room, Malaika said she wants to surprise her son with all clutter gone.

But the loudest cheers came from SRK. Sharing the video, he wrote, “@gaurikhan looking forward to seeing you host. #DreamHomesWithGauriKhan !coming soon on @mirchiplus App & Youtube Channel from 16th September 2022.”

With more than 15 years of experience, Gauri Khan has a star-studded client list. Earlier, when Gauri was asked of all the places she has designed, which is the most distinct and why. She said, “It’s the Red Chillies Entertainment office that has been recently revamped. It doesn’t look like an office, it’s more like a comfortable zone. The open space, the lounge area and the furniture give the space a warm and relaxed vibe.”

Talking about Shah Rukh Khan, on the work front, SRK has three huge releases in the pipeline — ‘Pathan’, where he will play a spy. The film is produced by YRF and also stars Deepika Padukone and John Abraham, it’s a part of the YRF spy universe where Salman Khan will also be making a cameo appearance.

There’s also ‘Jawan’, helmed by Tamil director Atlee, and Rajkumar Hirani’s ‘Dunki’, where SRK will be sharing the screen with Taapsee Pannu, who is awaiting the release of Anurag Kashyap’s ‘Dobaaraa’ featuring her.

Ajay Devgn-Sidharth Malhotra’s ‘Thank God’ lands in legal trouble, case filed in UP against the film