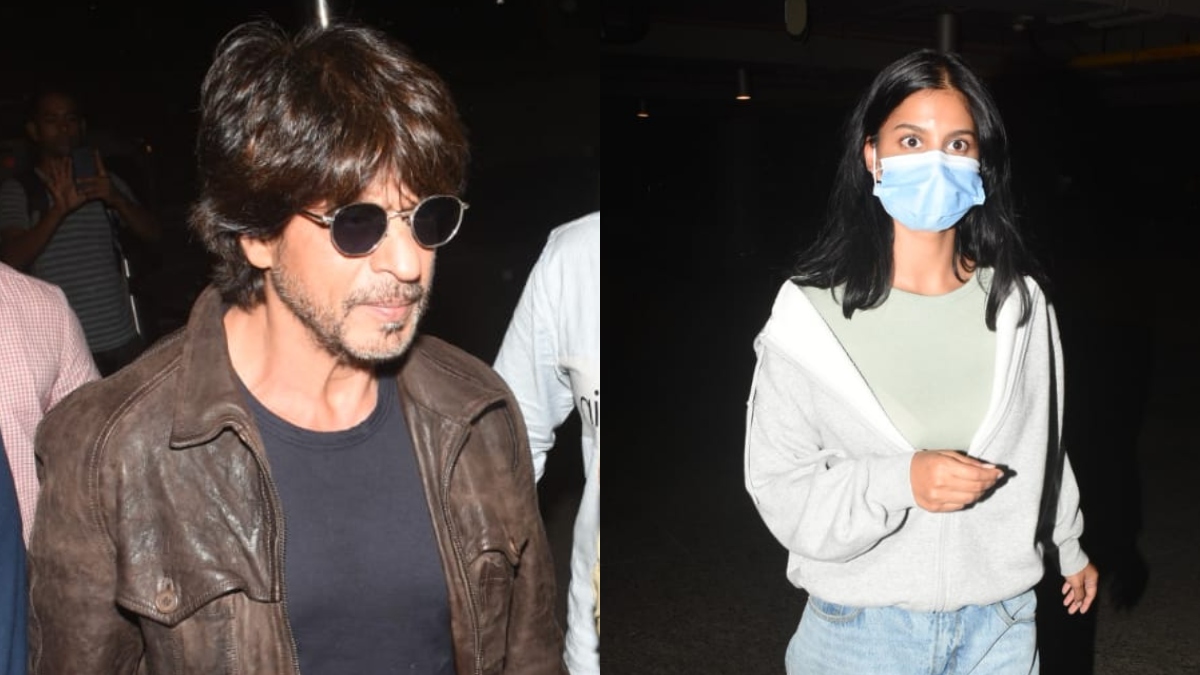 Shah Rukh Khan and Suhana Khan were papped at the Mumbai airport on early Wednesday morning. Keeping it cool and casual, the father-daughter duo opted for comfort and class. In the photos, Suhana was spotted arriving at the airport from an undisclosed location while Shah Rukh Khan was seen getting out of the car. The Starkid had her mask on and did not pull it down as she made her way to the car.

For the outing, Suhana kept it comfy and casual in a grey hoodie teamed with baggy denims. On the other hand, Shah Rukh Khan looked uber cool in a blue T-Shirt, which he teamed with a brown leather jacket and black shades. Take a look: 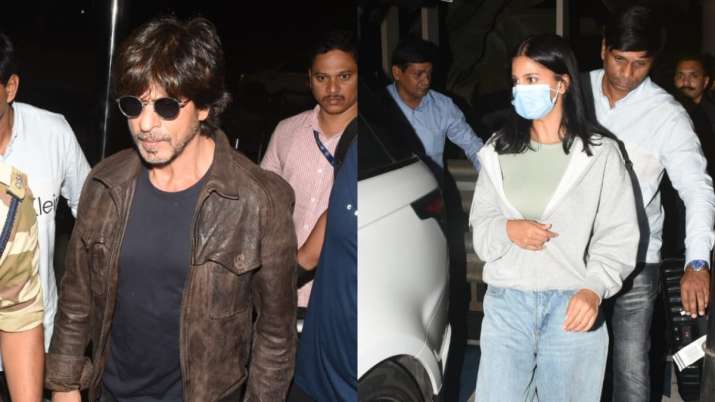 On the other hand, Shah Rukh Khan will soon be seen in Siddharth Anand’s ‘Pathaan’ with Deepika Padukone and John Abraham. According to reports, the upcoming film revolves around a RAW Agent codenamed Pathaan, who takes on an ominous villain who is hell-bent on ripping apart India’s security apparatus. For the actioner, SRK has undergone a massive transformation to portray the role of the titular role. The film is all set to hit the theatres on January 25, 2023, in Hindi, Tamil and Telugu. The movie, which also features a cameo from Salman Khan, is backed by Yash Raj Films.

Apart from this, SRK also has Atlee’s Jawan, opposite Vijay Sethupathi and Nayanthara. Scheduled to release on June 2, 2023, the film will mark Khan’s pan-India debut. Also, the actor has Rajkumar Hirani’s ‘Dunki’ with Taapsee Pannu.

ALSO READ: Witty Shah Rukh Khan has an EPIC reply to ‘Why are you so hot’; charms fans with #AskSRK on Twitter