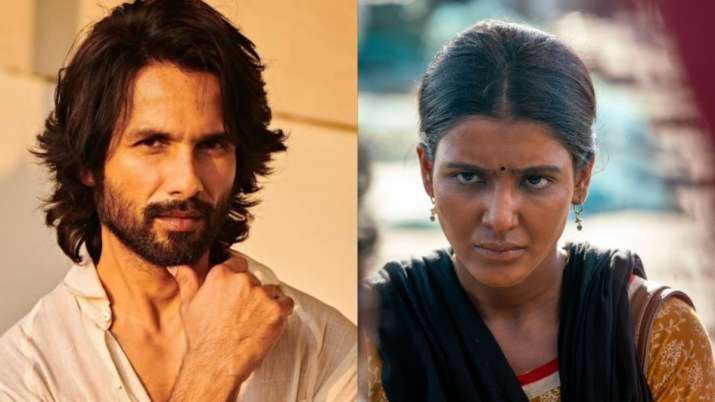 Bollywood actor Shahid Kapoor recently showered praise on Samantha Akkineni for her performance in ‘The Family Man 2’ and said that he would like to work with her soon. In a Q&A session with his fans on Twitter, Shahid answered several questions put forth by his fans. A user asked Shahid’s opinion on Samantha’s acting in the aforenoted web series. The actor replied, “Totally loved her on the show. Would love to work with her sometime.”

Meanwhile, Raj Nidimoru and Krishna DK’s ‘The Family Man’ made it big at the latest edition of the Indian Film Festival of Melbourne (IFFM) as the stars Manoj Bajpayee and Samantha Akkineni bagged the Best Actors award for their commendable performances in the second season of the popular web show. Manoj won the award for Best Actor (Male) in Series while Samantha was honoured with Best Actor (Female) in Series award. Samantha played the terrorist Raji in the series.

On the professional front, Shahid recently wrapped up the shoot with directors Raj and DK, who were also the brains behind the popular crime thriller series ‘The Family Man 2’. He also announced the release date of his film ‘Jersey’ on Sunday. The film will release on December 31, 2021.”Jersey” is presented by Allu Aravind and produced by Aman Gill, Dil Raju and S Naga Vamsi.

‘Jersey’ chronicles the story of a talented but failed cricketer, who decides to return to the field in his late 30s driven by the desire to represent the Indian cricket team and fulfil his son’s wish for a jersey as a gift.

On the other hand, Samantha is gearing up for the release of her next film ‘Shaakuntalam.’