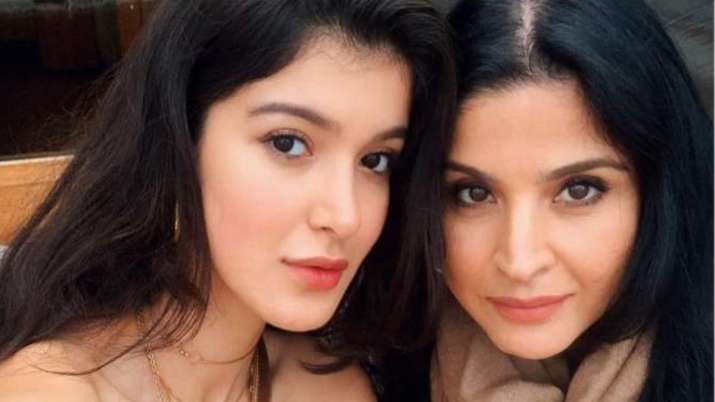 It seems like Covid-19 has once again gripped Bollywood. After Kareena Kapoor, Amrita Arora, Seema Khan and Maheep Kapoor, Shanya Kapoor has been tested positive for Covid-19. Sanjay Kapoor and Maheep’s daughter took to her Instagram stories and shared an update with her fans and followers. She wrote, “I have tested positive for Covid-19. As of today, I have mild symptoms, but I’m feeling ok and have isolated myself. I had tested negative four days ago however, while testing again as precaution the results came positive. I am following the protocol given by my doctor and health professionals. If you have been in contact with me, request you to please get tested. Stay safe everyone (sic)!” 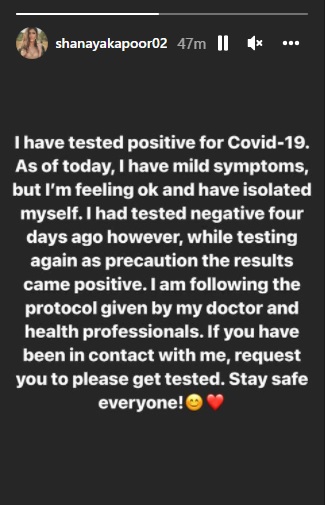 It has come to the fore that Sohail Khan’s wife Seema Khan tested Covid positive first. She started to show some symptoms soon after the party. Her reports came positive on Dec 11th. On the same day, Kareena and Amrita also got tested and turned out positive.

BMC on Tuesday declared Sanjay Kapoor’s building named Hiralaya Apartment in Juhu as a the containment zone where he lives with his wife Maheep Kapoor, daughter Shanaya and son on the 6th floor.

Meanwhile, on the work front, Shanaya is currently working with a lot of beauty brands. She has recently become one of the brand ambassadors of Naturali. Her debut with Karan Johar’s Dharma Productions was announced this year. For the unversed, Shanaya worked as an assistant director on her cousin Janhvi Kapoor-starrer ‘Gunjan Saxena: The Kargil Girl’.