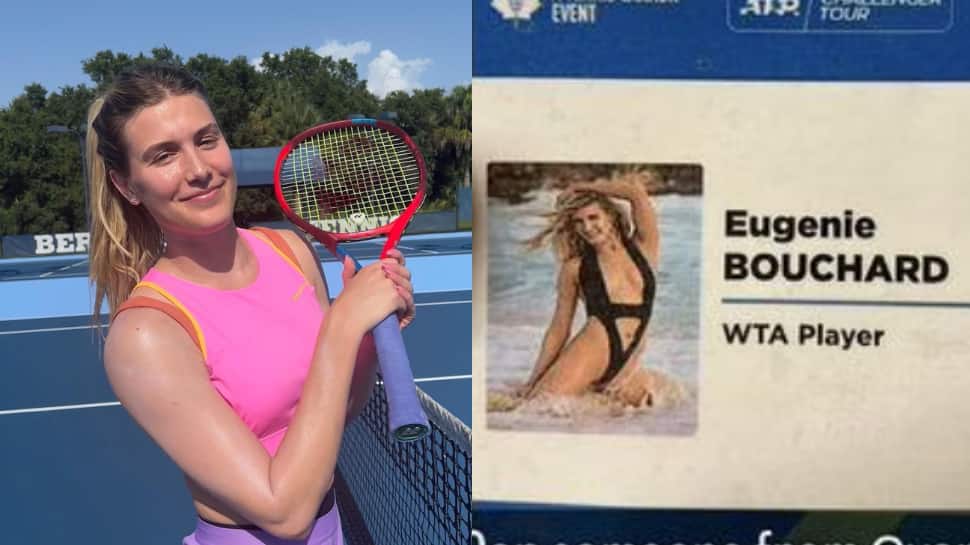 Star tennis player Eugenie Bouchard was left in deep shock when she checked into Odlum Brown VanOpen in Vancouver. Reason was her credential that had a rather strange and direspectful picture of her. Althought it was her in the pic, but the pic was of her in a black swimsuit and not the typical headshot of the athlete. This pic was from 2018 during a shoot with a magazine and Bouchard was clearly upset after looking at the credential.

She shared the pic of her credential on her Insta story which has disappeared now and wrote: Can someone pls explain to me this?”

Check out the credential here.

Bouchard was playing Vancouver Open after a long time. She has been on the sidelines of the court for 17 months now. She had a shoulder injury for which she got operated and then followed a long rehabilitation process.

The 28-year-old Canadian player suffered a tear in her shoulder during first-round clash at Guadalajara Open in March 2021 and after various attempts to get it fixed with surgery, she had to opt for one.

She reached the final of the Wimbledon in 2014 but since then she has had trouble with injuries. When she arrived in Van Open to play, she was welcomed by home fans with a round of applause. However, he return was cut short by Arianne Hartono who beat her in straight sets in the opening round itself.

Bouchard does not have a singles ranking due to her long absence from the sport and needs to win many matches and tournaments to come back on path to feature in a Grand Slam again.

Besides being a tennis player, Bouchard owns a body of super model and has shot for varuous various magazines and brands as well. With 2.3 million followers on her Instagram, she still remains one of the hottest properties for brands.