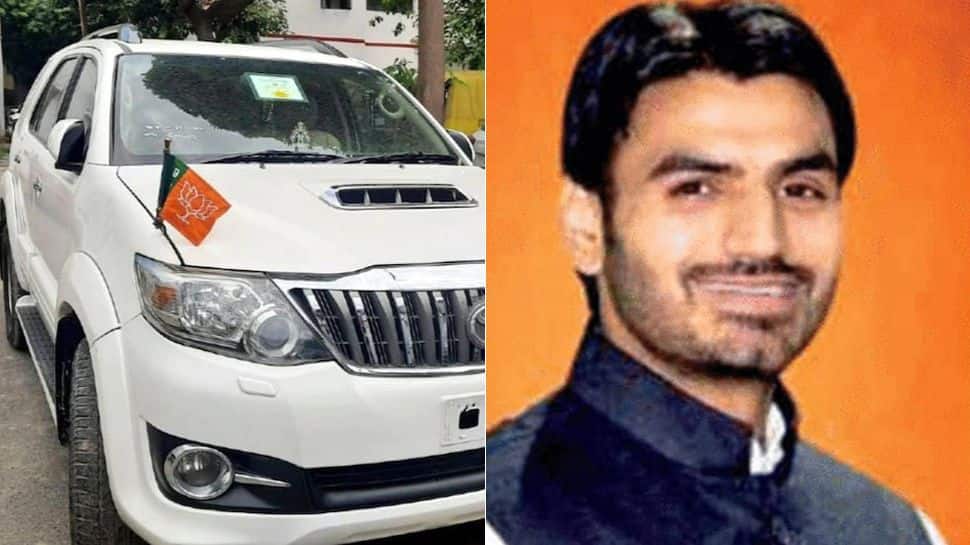 Noida: Shrikant Tyagi, arrested Tuesday for allegedly assaulting a woman in Noida, flaunted a car sticker that falsely identified him as an MLA and was given to him by Samajwadi Party leader Swami Prasad Maurya, police said.

Police Commissioner Alok Singh said they have impounded his five cars–two Toyota Fortuner, two Tata Safari and a Honda Civic. He had also purchased special series numbers, all having at least two zeroes and the Lucknow registration, for his vehicles for which he paid Rs 1.10 lakh each.

Tyagi, who was arrested Tuesday morning from Meerut, has been an associate of Maurya, the police commissioner said.

“He also had a sticker on one of his vehicles which is given to honourable MLAs. Tyagi told police during questioning that this sticker was provided to him by his associate Swami Prasad Maurya,” Singh said.

The sticker said the member of legislative assembly, Uttar Pradesh.

Maurya could not be immediately contacted for his response.

Until he went underground Friday night, Tyagi claimed to be the national executive member of the BJP’s Kisan Morcha and the national co-coordinator of its Yuva Samiti, even as the ruling party denied any links with him.

The Opposition has also mounted an attack on the BJP over the issue, sharing purported pictures of Tyagi with senior saffron party leaders, including its national president J P Nadda.