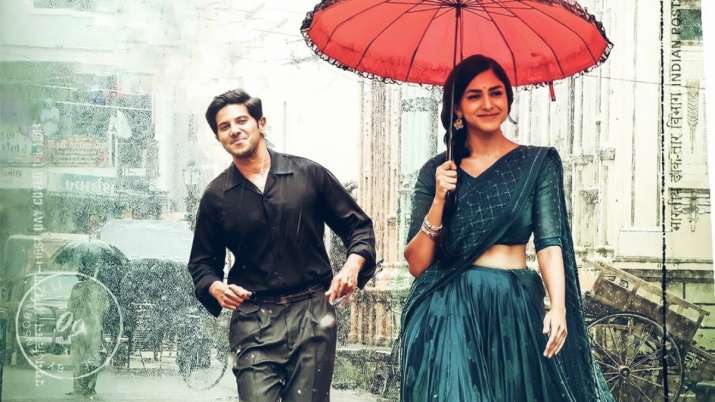 Sita Ramam Box Office Collection: Dulquer Salmaan and Mrunal Thakur starrer romantic drama is enjoying a phenomenal run at the box office. Director Hanu Raghavapudi’s film, which released in theatres on August 5, witnessed a slow start but gradually took off. The film’s production house Vyjayanthi Movies shared that the collections are showing steady growth. Also starring Rashmika Mandanna, the film clashed with Nandamuri Kalyanram’s film Bimbisara and both have managed to rake in the moolah. Both the biggies brought much-needed relief to the Telugu film industry.

Dulquer Salmaan starrer has exceeded the expectations in terms of its box office performance. The movie debuted in the Telugu states with a decent collection of Rs 3 crore. However, the footfall grew during the weekends. Reportedly, Sita Ramam has earned over Rs 11 crore in its first three days in the Telugu states alone and its collection is stated over Rs 22 crore.

After extremely positive word of mouth on the opening day, the movie started an upward trend. The movie reported housefull in all areas on Saturday and extra theaters were added in many areas. Trade experts expect the movie to have an extended run at the box office. There are eight holidays in next two weeks which will help the audience big time. ALSO READ: Vikrant Rona Box Office Collections: There’s no stopping Kichcha Sudeep, Jacqueline Fernandez’s film

At the US Box Office, the movie is putting up a strong show. It has crossed the $600K with its Monday Pre-sales. The weekend collections of the movie in the US is the best performance among all Indian films in recent times. Trade Pandits expect the movie to enter the coveted ‘One Million Dollars’ club soon.

‘Sita Ramam’ is a Telugu-language romantic film written and directed by Hanu Raghavapudi. It also stars Sachin Khedekar and Sumanth. Set in the 60s and 80’s, Dulquer Salmaan-starrer highlights the crucial events in the love story. An orphan soldier Lieutenant Ram’s life changes when he gets a letter from a girl named Sita. He meets her and love blossoms. When he comes back to his camp in Kashmir, he sends a letter to Sita which doesn’t reach her. Twenty years later, actors Rashmi Mandanna and Tharun Bhascker are given the task of giving the letter to Sita. ALSO READ: Mahesh Babu Birthday: Fans celebrate ‘Prince of Telugu cinema’ special day like a festival

The film is produced by Aswani Dutt under Vyjayanthi Movies.