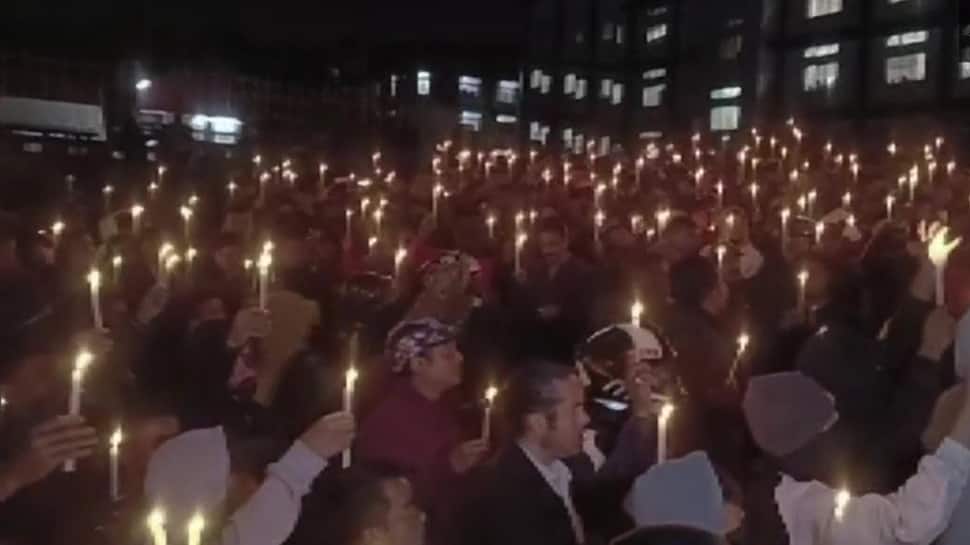 New Delhi: A large number of defence personnel were deployed in a village near the Assam-Meghalaya border after six people lost their lives following violent clashes. The current situation has been reported as tense but peaceful after tensions arose amidst the violence, as per a senior official on Thursday, November 24, 2022. The official mentioned that restrictions under Section 144 of the CrPC have also been imposed in the clash site and the surrounding areas in the wake of the violence. A forest guard along with five people have been reported dead in the violent incident.


“The situation is peaceful and a strong presence of security personnel have been ensured till the atmosphere normalises completely. Our magistrates are visiting the place daily,” the official told PTI.

Six people, including a forest guard, were killed in violence at a disputed location in West Karbi Anglong district along the Assam-Meghalaya border in the early hours of Tuesday, after a truck allegedly laden with illegally felled timber was intercepted by forest personnel of Assam.

Restrictions in Assam-Meghalaya amid tensions

Assam has restricted entry of vehicles from the state to Meghalaya, following a series of attacks on passenger cars there in the aftermath of the incident. At various entry points to Meghalaya from Assam, police personnel has put up barricades and asked people not to visit the hill state in vehicles bearing number plates of Assam.

“We are requesting people not to travel to Meghalaya in Assam-registered cars. If there is any urgency, they should hire a Meghalaya taxi from the border points,” Deputy Commissioner (East) of Guwahati Police Sudhakar Singh told PTI.

He, however, said there is no such restriction on commercial vehicles like trucks and tankers.

Asked how long the curbs will continue, Singh said: “I cannot say that immediately, it all depends on the situation.”

Meghalaya government has extended the suspension of mobile internet and data services in seven districts by another 48 hours. pic.twitter.com/lVOJD7F0s9
— ANI (@ANI) November 24, 2022

In Meghalaya, at least five social organisations on Thursday announced a two-day peaceful agitation, demanding stern action against those responsible for the incident at Mukroh village.

Shillong | Miscreants torch a traffic booth & attacked 3 police vehicles incl a city bus during a candlelight protest called by some groups in protest against violence along Assam-Meghalaya border on Nov22 where 6 persons were killed in firing incident at Mukroh area, say police. pic.twitter.com/G63GRzHDQ7

Assam and Meghalaya have a long-standing dispute in 12 areas along the 884.9-km-long inter-state border, and the location where the violence took place is one of those. The two states had signed a memorandum of understanding in March this year towards ending the dispute in six of the areas. Meghalaya was carved out of Assam in 1972 and had since then challenged the Assam Reorganisation Act, 1971, which demarcated the border between the two states.