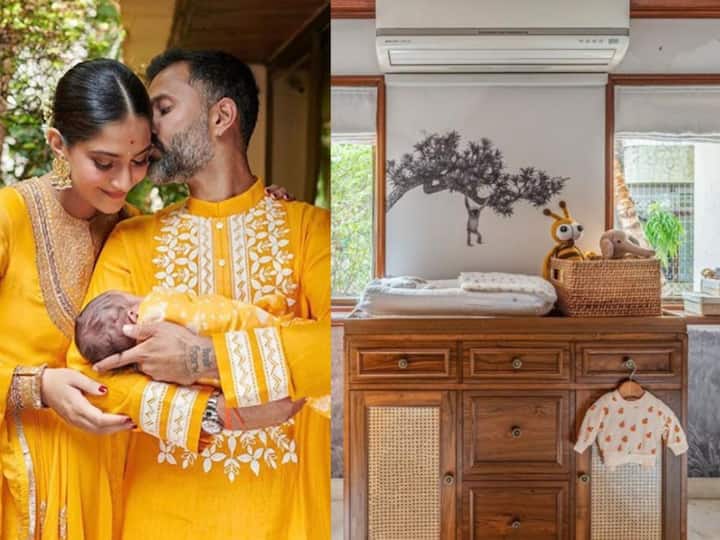 On August 20, Sonam Kapoor and Anand Ahuja welcomed their baby Vayu Kapoor Ahuja. They revealed his name in a special post in September, depicting the new parents twinning in yellow clothing and their darling son in a similar attire. Along with the adorable family photo, she included a lengthy explanation of why she chose the name Vayu for her kid. An excerpt of her post read, “In the spirit of all that is sacred, life-giving and eternally ours, we seek blessings for our son, Vayu Kapoor Ahuja. In Hindu scriptures Vayu is one of the paanch tatvas. He is the deity of breath, the spiritual father of Hanuman, Bheem and Madhav and He is the incredibly powerful lord of wind. Praana is Vayu, a guiding force of life and intelligence in the universe. All the deity’s of Praana, Indra, Shiva and Kali relate to Vayu.” (Image Source: Instagram)

Sustainable Mask For Sustainable Tomorrow! Learn Why We Require Masks That Are Climate-Friendly

From Sarees To Gowns, Raashii Khanna Proves She Can Ace Every Style Statement – See Pics