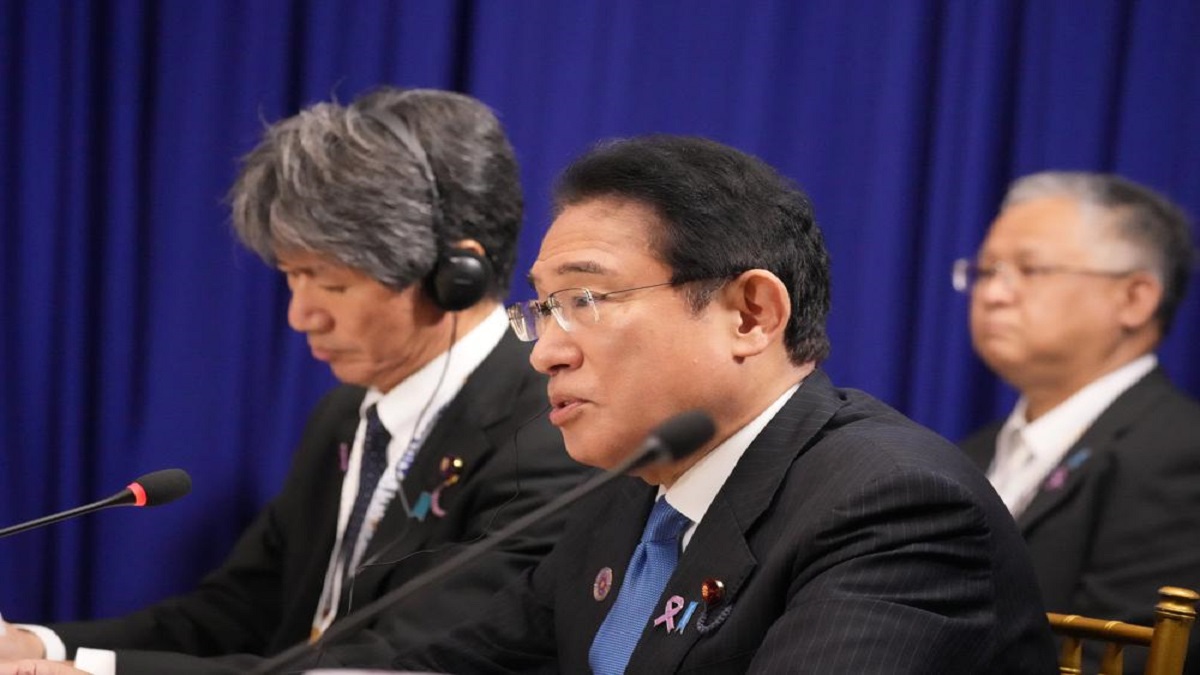 South Korea Japan relations: The leaders of South Korea and Japan agreed Sunday to keep up efforts to resolve their thorny historical disputes as they’re pushing to bolster security cooperation with the United States to better deal with North Korean nuclear threats. South Korean President Yoon Suk Yeol and Japanese Prime Minister Fumio Kishida met twice on the sidelines of a regional gathering in Cambodia- with US President Joe Biden and then bilaterally.

In the bilateral meeting, Yoon and Kishida assessed that there has been active communications between their diplomats on “a current issue between the two countries” and agreed to continue consultations to find an early resolution, Yoon’s office said in a statement.

It said the two leaders also agreed to continue their communications.

The statement didn’t elaborate what the issue was, but it apparently referred to a long-running spat over 2018 court rulings in Seoul that ordered two Japanese companies to compensate Koreans who had been mobilized as forced laborers during Japan’s 1910-45 colonial rule of the Korean Peninsula.

The ruling plunged bilateral ties to their lowest point in decades, as the companies and the Japanese government argued that all compensation issues had already been settled under a 1965 treaty that normalized the countries’ relations and refused to comply with the verdicts. The countries later downgraded each other’s trade status and Seoul threatened to abandon an intelligence-sharing deal.

The South Korea-Japan wrangling has complicated U.S. efforts to reinforce a trilateral security alliance with its Asian allies in the face of an increasingly assertive China and an advancing North Korean nuclear program.

South Korean and Japan have been seeking to find ways to resolve the disputes since the May inauguration of Yoon, a conservative who wants to bolter Seoul’s military alliance with the U.S. and improve ties with Japan. Some experts say North Korea’s provocative run of missile tests in recent months has also helped bring Seoul and Tokyo closer together as both are placed within the striking distance of North Korean missiles and feel the need to buttress a security cooperation with the United States.

In their bilateral summit Sunday, Yoon and Kishida renewed their condemnation of the North Korean missile tests that they called “a serious, grave provocation” that undermined regional and international peace. In talks with Biden, the three leaders said in a joint statement that they will work together to strengthen deterrence and ensure all relevant sanctions on North Korea are full enforced. Biden also reiterated that the U.S. commitment to defend Japan and South Korea is “ironclad” and backed by the full range of capabilities, including nuclear.

In September, Yoon and Kishida held their first talks on the sidelines of the U.N. General Assembly and agreed to accelerate efforts to mend their countries’ ties. That meeting was the first summit between the countries since December 2019.