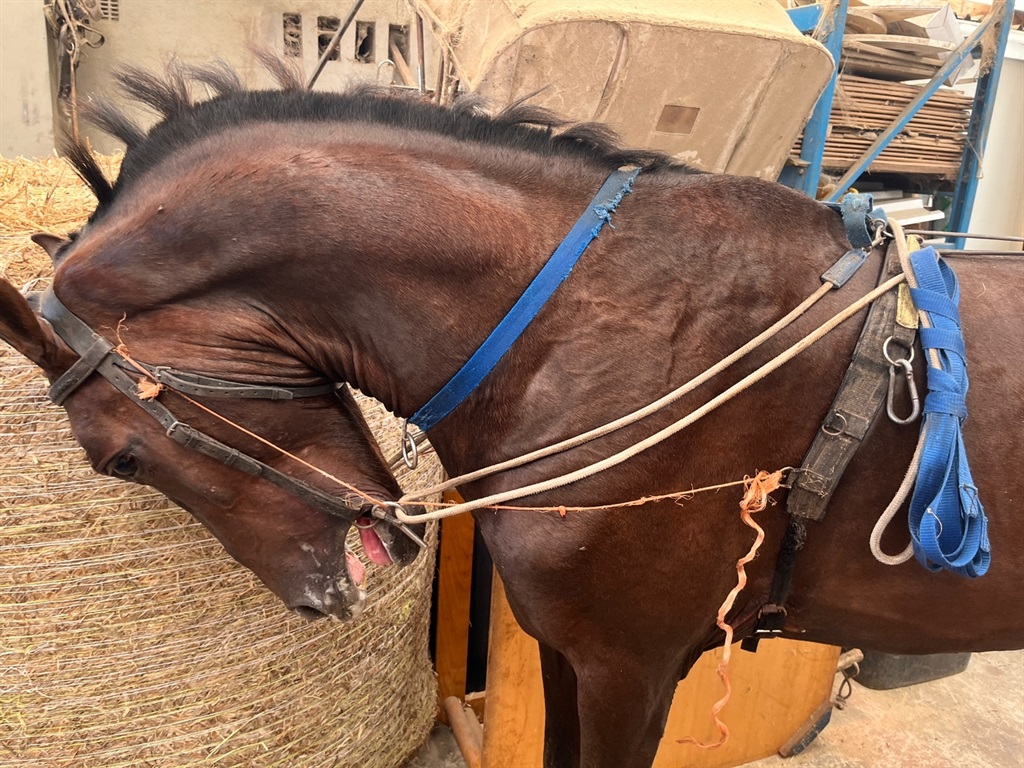 Four horses were removed from a Grassy Park home on Wednesday.

A team of inspectors from the Cape of Good Hope SPCA was allegedly physically assaulted by a 60-year-old homeowner while trying to remove four Saddle horses at a “smelly” property in Grassy Park, Cape Town, on Wednesday.

“The horses were allegedly being kept in poor living conditions and were forced to drink filthy water,” said SPCA spokesperson Jaco Pieterse.

He said the SPCA received a complaint about horses that were being kept in poor living conditions on the property.

According to him, they also received reports of a strong ammonia smell in the air and flies being all over the property because of the poor living conditions.

He said it prompted SPCA inspectors to immediately launch an investigation.

Upon arrival at the Grassy Park property, our inspectors were denied access by the owner, who insisted that the inspectors return with a court order. This left our inspectors with no other option but to approach the Wynberg Magistrate’s Court for an order in terms of the Animals Protection Act 71 of 1962, read together with Regulation 468, to gain access to the property to investigate.

The SPCA obtained a court order, and the inspectors returned to the property with police officers and the City of Cape Town’s Law Enforcement Animal Control Unit.

“When our inspectors arrived at the property, a woman was in the front property, insisting that the team wait in front while she called the owner. We did not feel comfortable with this arrangement and followed the woman into the property, as the woman entered the back property to inform the owner that the SPCA was there,” Pieterse added.

According to the organisation, the homeowner was not happy with the SPCA being on his property, especially while they were busy training one of their horses “using a cruel and archaic training method”.

“One of the Saddle horse stallions was found restrained. His head had been forced down onto his chest, and his neck was forced into a tight hyper-flexed, arched bow and then tied into this unnatural position.”

Tight pieces of rope, tied from his bridle, through his bit and onto a roller, ensured that the poor animal could neither lift nor lower his head at all or move it either side to get the smallest respite from this muscle torture or mouth pain. The horse had been subjected to this suffering for an extended period of time.

The animal was drenched in sweat and its veins and blood vessels were swollen due to exertion. White thick foam covered the horse’s mouth and entire nose. Its eyes were wild, the SPCA said. Its tightly tensed facial muscles spoke volumes of its “extreme state of distress”.

“One of the handlers quickly attempted to untie the rope to stop our inspectors from getting photos and video footage of the cruel training method being applied. Our inspectors quickly intercepted and managed to gather evidence for a criminal prosecution,” the SPCA added.

“The horses only had access to dirty drinking water, and the living conditions were dirty and unhygienic. There was a strong ammonia smell lingering in the air. It was dark inside the so-called stables, with little to no ventilation.

“This torture technique involves the forced, aggressive over-flexion of the horse’s neck, with the effect of forcing the horse into an artificial outline demand for competing Saddle horses and holding it in that position for long periods. This is beyond cruelty,” said Pieterse.

If used routinely, this torture technique has been known to cause muscle tears, bone spurs and degeneration of the spine due to the vertebrae being forced into an abnormal position.

The owner was very hostile and continuously shouted at us. The members of the SAPS had to intervene to try and calm the situation continuously.

“When our inspectors informed the owner that his horses would be confiscated, the owner became violent and punched [one of our inspectors] with a fist and pushed him out of the way, obstructing him and the team from performing their duties. Police immediately intervened.

“They arrested the owner, and our inspectors laid official criminal charges in terms of the Animals Protection Act, obstruction and further assault charges. The owner was set to make a first appearance in the Wynberg Magistrate’s Court during the week.”

“A 60-year-old man was arrested and detained on charges of the ill-treatment and torture… of horses. Once charged, the suspect will make a court appearance in the Wynberg Magistrate’s Court,” Swartbooi added.

Conrad ‘well-prepared’, talks up Proteas synergy with Walter ahead of England ODIs | Sport