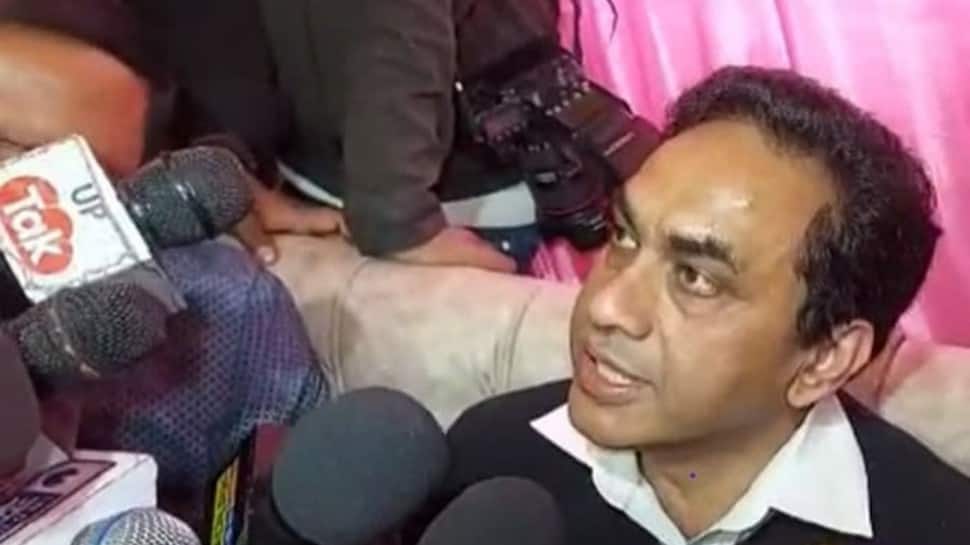 It has decided to suspend Tomar, “with immediate effect, to ensure proper functioning of WFI”.

The ministry said it has also directed the WFI to suspend “all ongoing activities with immediate effect”, including the Ranking Tournament in Gonda, UP, Sharan’s stronghold.

This comes a day after Sports Minister Anurag Thakur announced the formation of an oversight committee to probe the charges levelled by some of the country’s top wrestlers, including Vinesh Phogat, Bajrang Punia, Sakshi Malik and Ravi Dahiya, against Sharan and his body.

Regarding Tomar, the ministry said in a letter, which is in possession of the PTI, that his presence will be “detrimental to the development of this high-priority discipline”.

“The Ministry has taken note of the reports about the functioning of the WFI, including the role of Shri Vinod Tomar and, has the reasons to believe that his continued presence will be detrimental to the development of this high-priority discipline,” the ministry said in the letter.

The aggrieved wrestlers had alleged that Tomar took bribes from athletes and was involved in financial corruption, helping him to build property worth crores. According to sources, the ministry will announce the names of its oversight committee members on Sunday.

In a press release, the ministry said it “has communicated to the Wrestling Federation of India on Saturday that in view of the Government’s decision to appoint an Oversight Committee to investigate the various allegations raised by athletes against the Federation, WFI will suspend all ongoing activities with immediate effect, unless the Oversight Committee is formally appointed and takes over the day to day functioning of WFI”.

It added, “In view of the direction to suspend all activities immediately, the Sports Ministry has asked WFI to also cancel the ongoing Ranking Tournament in Gonda, UP.”

In this regard, the ministry has also asked the WFI to return the entry fees charged to participants for the ongoing event. The oversight committee of the ministry will have the powers to take all decisions on matters concerning Indian wrestling while also overseeing the day-to-day affairs of the federation.

Earlier in the day, the WFI had rejected all the allegations, including that of sexual harassment against its president, and claimed that the wrestlers’ protest was motivated by a “hidden agenda to dislodge the current management”.

The WFI denied all the charges in its response to the government’s notice and asserted that “there is no scope for arbitrariness and mismanagement ” in the federation. The ministry had sought an explanation from WFI after the country’s top wrestlers sat on a dharna and alleged that the federation chief sexually harassed women wrestlers and acts like a “dictator”.

Before the wrestlers agreed to end their protest, the Indian Olympic Association had on Friday formed a seven-member committee of its own, headed by M C Mary Kom, to investigate the charges against Sharan.

The IOA committee also has two advocates — Talish Ray and Shlok Chandra — besides former shuttler and IOA joint secretary Alaknanda Ashok, who is its vice chairperson. The decision was taken during the IOA’s emergency Executive Council meeting, which was attended by the likes of Olympic champion shooter Abhinav Bindra, Olympic bronze medallist Yogeshwar, along with IOA president PT Usha and joint secretary Kalyan Chaubey.