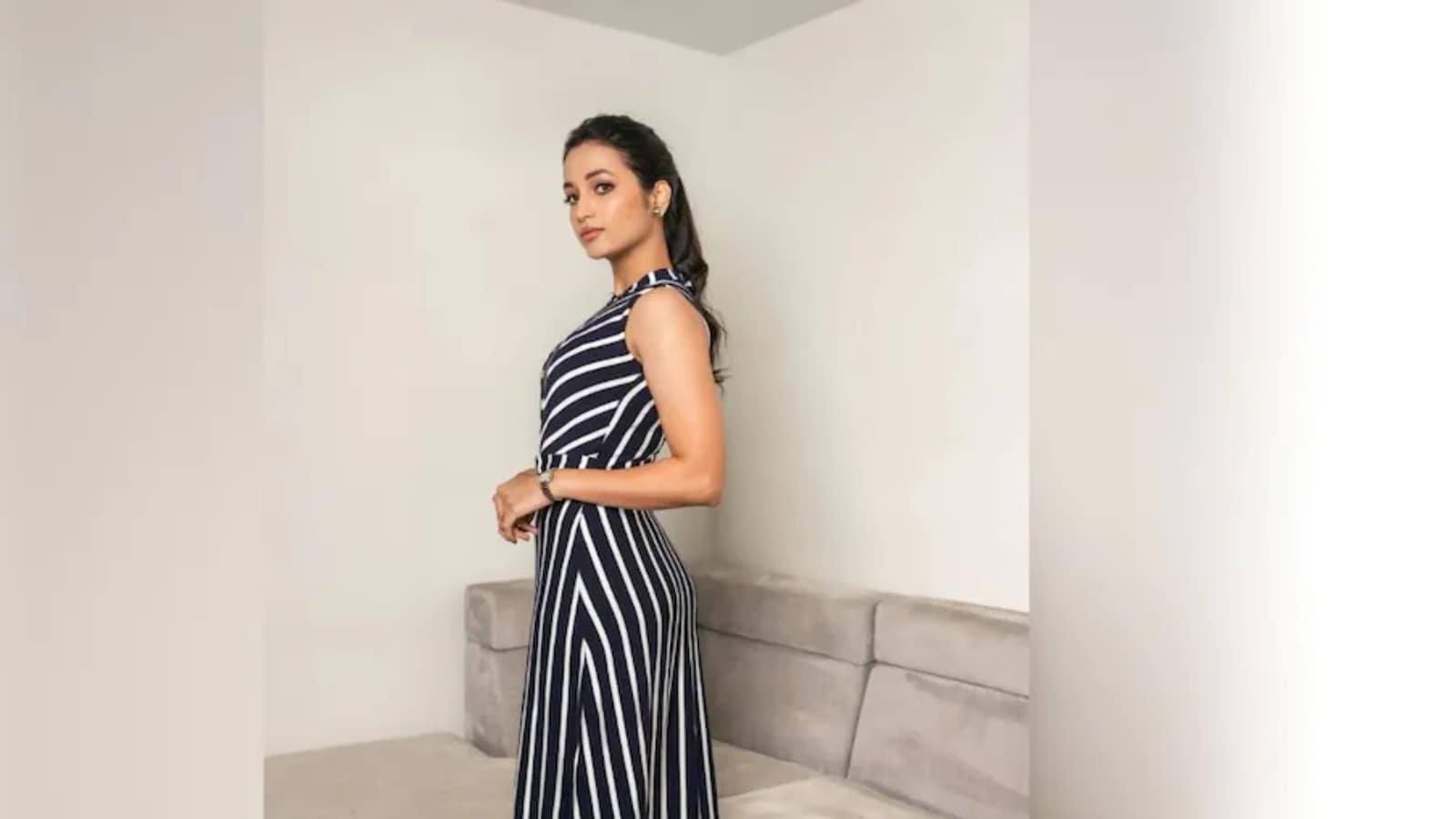 The diva keeps treating our Instagram feed with her ethnic or western outfit, and we are not complaining.

Since her on-screen debut in the Kannada film KGF: Chapter 1, actress Srinidhi Shetty has held a special place in the hearts of her fans. Aside from her acting abilities, the youthful phenomenon is well-known for her sense of style.

The actress never misses a chance to amaze her fans with her sartorial choices. She is quite active on social media and frequently shares photos from photoshoots on Instagram. Recently, she raised the temperatures as she posted a few pictures of herself in a black and white striped flared jumpsuit.

The diva keeps treating our Instagram feed with her ethnic or western outfit, and we are not complaining.

Srinidhi Shetty always makes a strong case for ethnic wear. A few days ago, the diva shared another set of photos in a maroon ruffled saree with a short-sleeved golden top. She kept her outfit simple by wearing a bold earring and a pearl bracelet. She captioned the photos on Instagram, “Times change!” But what is genuine will always be genuine.”

Srinidhi Shetty is both an actress and a model. She was the 2016 Miss Supranational pageant winner. Srinidhi is the country’s second winner of the prestigious honour. She began receiving film offers after obtaining the coveted title. She made her acting debut in the Kannada film KGF: Chapter 1 in 2018. Her performance in the action drama was widely praised, and she later appeared in Yash’s KGF: Chapter 2. She was most recently seen in the Tamil action thriller Cobra. The film, which starred Chiyaan Vikram, received mixed reviews from critics.

David Dawson: Harry Styles is Part of the Reason Working on My Policeman was Special to Me | Exclusive

Uorfi Javed Gets Trolled For Her Yet Another Bold Outfit, Netizens Call It ‘Mosquito Net’