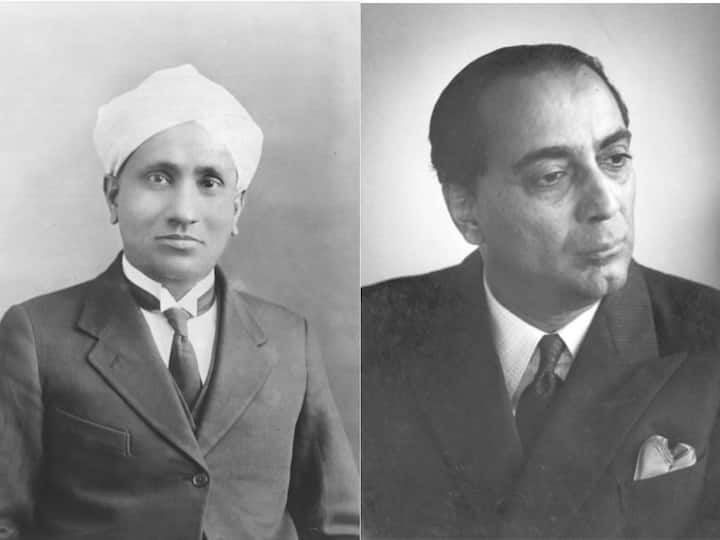 Independence Day 2022: Since this year we are commemorating the 75 years of Independence, Azadi Ka Amrit Mahotsav, it will be highly unfair if we forget to remember the great Indian Scientist who made India proud, and represented Indian scientific progress in the world. Here

Here are the various eminent Indian scientists, whose contributions can never be forgotten:

APJ Abdul Kalam: Avul Pakir Jainulabdeen Abdul Kalam, an aeronautical scientist, and statesman served as India’s 11th president from 2002 until 2007. In 2002, he was put forth as a presidential candidate by the National Democratic Alliance in honour of his popularity and achievements to the country. He was raised in Rameswaram, Tamil Nadu, and pursued studies in physics and aeronautical engineering. He is referred to as the ‘Missile Man of India’ for his remarkable work in advancing ballistic missile and launch vehicle technology. He played a significant role in the planning, technical, and political aspects of India’s 1998 Pokhran-II nuclear test, which was the nation’s first since its maiden nuclear test in 1974. A P J Abdul Kalam launched the Technology Vision 2020 programme in 1998. The project aimed to advance India’s economy through technology while simultaneously enhancing access to healthcare, education, and agriculture.

CV Raman: An Indian physicist known for his work in the area of light scattering, Sir Chandrasekhara Venkata Raman received the FRS designation (Fellow of the Royal Society), which is given by the Royal Society of London’s judges to people who have “substantially contributed to the improvement of natural knowledge, including mathematics, engineering science, and medical science.” He and his student K. S. Krishnan discovered using a spectrograph they created that light that is deflected through a transparent material change in wavelength and frequency. For his work on the scattering of light and for the discovery of the phenomena called after him, the Raman effect, Raman received the 1930 Nobel Prize in physics.

Anil Kakodkar: Anil Kakodkar is a mechanical engineer and nuclear physicist from India. He served as the Secretary to the Government of India, the Chairman of the Atomic Energy Commission of India, and the Director of the Bhabha Atomic Research Center at Trombay from 1996 to 2000. Anil Kakodkar has made significant contributions to the growth of India’s nuclear energy programme. He advocated for India to be self-sufficient in the production of atomic energy and created a number of systems for pressurised heavy water reactors despite the limitations set by the international world. He brought back to life two nuclear reactors at Rawatbhata and Kalpakkam. In the fields of nuclear power, nuclear research, and uranium acquisition, he also played a key role in the signing of numerous international cooperation agreements.

Homi Bhabha: Homi Jehangir Bhabha, FRS, was an Indian nuclear physicist who founded the Tata Institute of Fundamental Research and served as its founding director and professor of physics. He is credited with creating India’s nuclear energy programme. Homi Bhabha’s thesis is predicated on the presence of such a space where cultural boundaries can blur and the emergence of a new hybrid culture that synthesises their traits and reconciles their differences. Bhabha gained notoriety in global scientific circles as a result of his work on the creation of atomic energy. In addition to leading the International Union of Pure and Applied Physics from 1960 to 1963, he presided over the United Nations Conference on the Peaceful Uses of Atomic Energy in 1955. Bhabha played a key role in developing the plan that underpinned the nation’s nuclear programme. Instead of relying on the scant uranium reserves in India, he invented the use of thorium to extract uranium. The three-stage nuclear power programme for India was created by him.

Manjul Bhargava: The number theory research of Manjul Bhargava has had a significant impact on the discipline. He is an exceptionally creative mathematician who enjoys solving straightforward issues of timeless beauty using novel, elegant, and potent techniques that provide insightful solutions. The Fields Prize, known as the Nobel Prize in mathematics, was awarded to Bhargava, the first person of Indian descent to do so. By being the first person of Indian descent to receive the Fields Medal, sometimes known as the Nobel Prize of Mathematics, Manjul Bhargava has made history.

Venkataraman Ramakrishnan: The 2009 Nobel Prize in Chemistry was shared by Venkatraman Ramakrishnan, an Indian-born British and American structural biologist, Thomas A. Steitz, and Ada Yonath “for investigations into the structure and function of the ribosome.” In 2000, Venkatraman Ramakrishnan and other scientists were able to work together to map the structure of ribosomes, which are made up of hundreds of thousands of atoms, using a technique known as x-ray crystallography. This has been crucial in the creation of antibiotics, among other things.

Vikram Sarabhai: An Indian physicist and astronomer named Vikram Ambalal Sarabhai pioneered space exploration and contributed to the country’s development of nuclear power. In 1966 and 1972, he received the Padma Bhushan and the Padma Vibhushan awards, respectively. He is revered as the father of the Indian space programme around the world. Dr Sarabhai began working on a project to build and launch an Indian satellite. As a result, a Russian Cosmodrome launched the first Indian satellite, Aryabhata, into orbit in 1975.