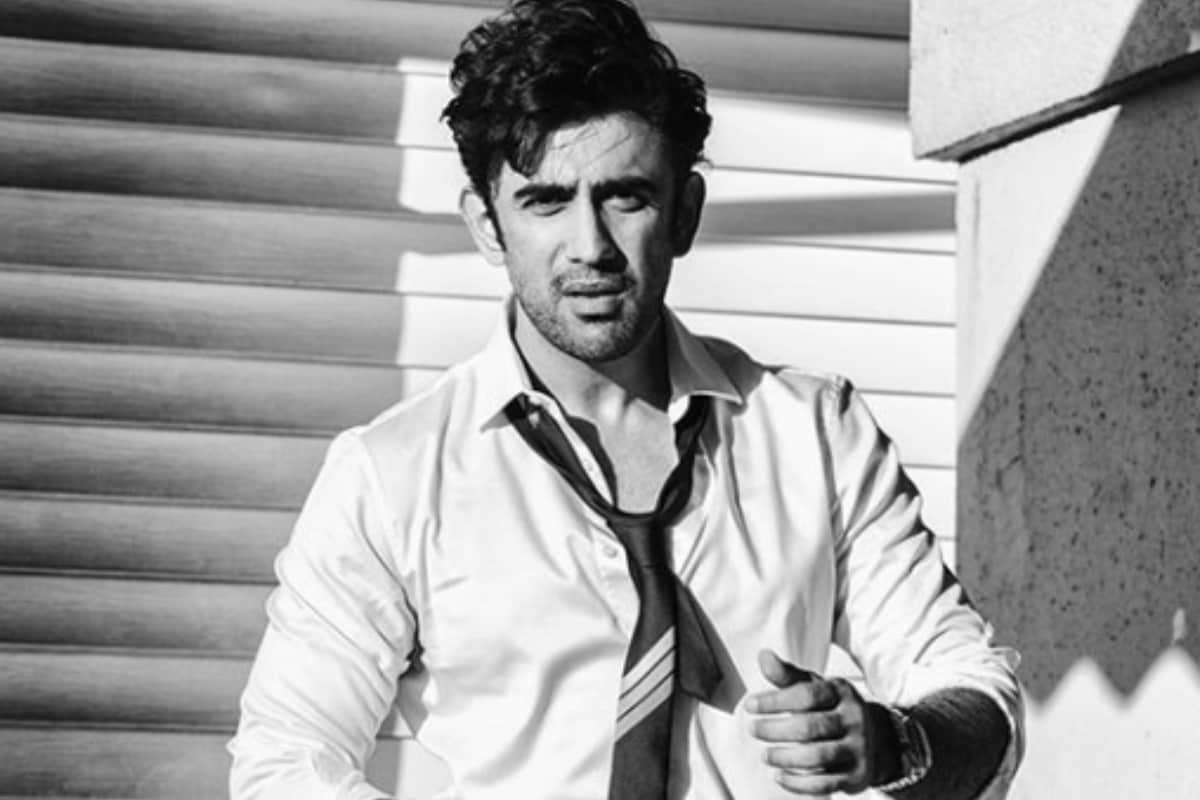 Amit Sadh had his humble beginnings as an actor on the small screen. However, he came out of nowhere to mainstream consciousness in 2013 when he starred as Omi Shastri in Abhishek Kapoor’s buddy drama Kai Po Che and impressed the audience with his earnest performance as the misguided youth.

Even though the film earned Sadh positive reviews from critics, it didn’t help him professionally.

“Running Shadi was my first film, but I did it after Kai Po Che,” Sadh recalls. “It didn’t release for three years. It affected my career. I didn’t get the parts I wanted.”

The actor had to wait for another two years to land a substantial role in Yash Raj Films’ sports drama Sultan. But he doesn’t want to blame anyone for it. That is part and parcel of the movie business, Sadh humbly says. He later followed it up with Akira and Sarkar 3 besides the forgettable Raag Desh.

While his nuanced performances in Gold and Super 30 definitely put him back in the game, India’s actual affair with Sadh began when he played Kabir Sawant, the stylish and intense crime branch inspector, in the 2018 web series Breathe.

Sadh reflects on his rise over the past few years, his defiantly non-strategic approach to the future, and why he dislikes the term “Bollywood.”

How does success or ascent that you have had in the past 2 years impact on your craft?

It’s like a double-edged sword. Success does boost your confidence. You start trusting your method of acting and then you submit more and give more. But the other side of the sword which I’m very conscious about is that it can also bring complacency. You can become over-confident and lazy. So, I just try to make sure that all the love and praise that I get from the industry and the audience, don’t (get to my head).

In Breathe, you play a cop who doesn’t play by the rules. It is as dark and intense as it gets. You just reprised that role. How do you make up your mind for that — to go in that dark space again? Are you good at detaching yourself from your characters once you have played them?

There are two things: Kabir Sawant is not darkness, he is a glimmer of light at the end of the tunnel. He is hope. Does he live in dark times and a dark world? We are all living in a dark world. It’s a tough world. It’s messy and complicated. And, I think that’s the power of this beautiful character.

I’m still learning how to come out of my characters. That’s eventually something very personal between an artiste and their art. But I’ll be very honest, it’s very difficult for me to leave Kabir Sawant. I think Kabir Sawant lives in me.

There is an intensity to– all the characters you’ve been playing whether it’s Kai Po Che, Sultan, Gold, Super 30 or Breathe. In a lot of interviews, you have revealed that you were a young angry man who was perpetually agitated. Did playing any of those characters sort of help you channelise that anger?

Most definitely. I have had a lot of healing through the characters that I have played. I often say that acting is a psychiatrist and this psychiatrist pays you, fortunately. Just the whole process of creating a character and diving into your deepest corners in your consciousness and subconsciousness, that’s something I really like about acting.

When I was young, I was an angry man but I wasn’t angry just for the heck of it. I was not an obnoxious man. I was the man who was struggling with the world which was pretty harsh around me. When I get to play characters like these, I have a bag full of emotions. These parts help me humanise whatever I do.

Have you ever judged any of your characters’ intentions while playing them?

I don’t judge their intentions but whenever I’m picking a character, I have a few tick boxes which include how that role affects me, the messaging of the character, and the people I’ll be working with. But I don’t judge the character. One of the best highs for me as an actor is to pick characters which are damaged and broken and make people fall in love with them because that is the real world. All of us are damaged. It’s just we live in a society that forces us to look and sound perfect as if there’s no problem with us. So, I like doing these characters and touching the human feeling.

It seems that you’re not interested in the trappings of being a movie star. You lead a relatively quiet life with your curious dogs.

I didn’t come to Mumbai to be a movie star. I’m an actor who has always been fascinated by the art of people becoming other people; creating different characters and how that impacts the person playing the part. And, I’m proud of myself that I’m always away from trappings.

Anurag Kashyap in a recent interview said that the ongoing debate over equal opportunities for artistes without any film background in the Hindi film industry is “10 years too late” and today, the audience has the power of validation.” How do you make sense of the whole discussion?

In the early stage of my career after Kai Po Che, no big banner signed me. They thought I wouldn’t make it. Did that affect me? No, I didn’t care. I don’t want a big banner to launch me or make my career. I want a big story and a big character, and most importantly, those who have a vision for that. Unfortunately, in India, all actors and artistes that are not launched by big banners are not considered saleable because they are not part of the big league. That is what we have to diminish. There should be no leagues. There is no A, B, and C (league). All that we do on our talk shows– ‘this is the list of five great actors,’ but what about the sixth or seventh? Who is on the 10th spot? Who is on number 50? Who is going to decide that? This has to stop. It doesn’t happen anywhere. Our regional cinema is growing so much. Look at the kind of films being made in the Malayalam cinema. Take the Bollywood out of the Indian film industry. The moment we make it the Indian film industry, problems will get solved. My problem is this Bollywood aspect, the few privileged, the few spoken about. That has to stop.

After Kai Po Che, I didn’t have money to spend on public relations. I was in debt. How could I promote myself? It’s also a thing in India that we run behind a person. We make him the god. So, I’m happy that all this is being crushed. I always say that no person is a god or a servant in India.

It’s time now that we show we are the Indian film industry, not Bollywood. And the Indian film industry should be an industry that is equal for each and every citizen of India irrespective of whether they live in Mizoram or Jammu & Kashmir. I feel all the big people who have power are the ones who have to reflect. They have to make the choice that ‘we are not going to pick only 10 people and go after them.’ It’s not a share market where you take 10 stocks and you go all out. This is about people and their lives and their dreams. And, when you butcher or hinder them and don’t let these dreams blossom, people get sad. They break. I understand the film industry is difficult but my question is, ‘Are we creating a cohesive system of unity or walls?’ If there are walls then it’s about time we broke them.

Has the failure or success of any of your projects have a long-term impact on you?

More than failure and success, my long-delayed releases have impacted me. Running Shadi didn’t release for three years. Then Guddu Rangeela didn’t do well. It was a good film though. Did it affect me? Yes, it did for a week. It affected my career for a couple of years. But that’s business. We can’t complain about it. Breathe did well and then I got Gold so that’s a part and parcel of the business. I’m okay with that. It should not affect me as a human being.

You have previously spoken out about your battle with depression and how you even had suicidal thoughts.

I have started to speak about it only recently. But I’m not speaking about all this to promote my films. I’d like to believe that I have worked very hard for my work to do the talking. After so many years of keeping quiet and just observing and watching, I felt that this is not the time to be selfish but speak up. For all the people who are battling depression, I just want you to know none of our lives are rosy but the beauty and the concept of life are that we have to rejoice in this. We have to wake up every day with hope.