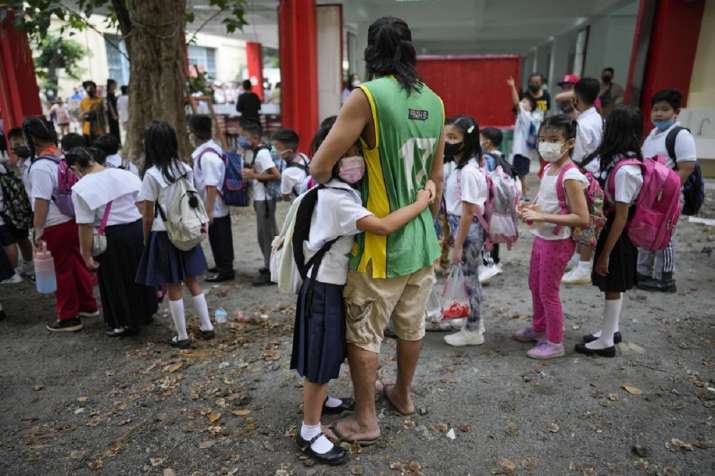 A tropical storm lashed the northern Philippines with strong wind and rain Tuesday, injuring at least two people and prompting the president to close schools and government offices in the capital and outlying provinces.

Tropical Storm Ma-on slammed into Maconacon town in Isabela province Tuesday morning with sustained winds of 110 kilometers (68 miles) and gusts of up to 150 kph (93 mph) and will barrel northwestward through northern provinces before blowing away from the country overnight, forecasters said.

Although the storm’s onslaught was being felt mainly in the northern tip of the main Luzon region, President Ferdinand Marcos Jr. suspended classes in all public schools and government work in the densely populated capital region and six outlying provinces as a precaution.

The widespread school closures came a day after millions of primary and secondary students trooped back to schools across the Philippines in their first face-to-face classes after two years of coronavirus lockdowns.

Two villagers were injured and brought to hospitals after being hit by fallen trees in Cagayan province, disaster-response officials said, and more than 500 people in Cagayan and nearby provinces were evacuated from villages that are prone to flash floods, landslides and tidal surges.

Also Read | Almost half of Europe at risk of drought: Report