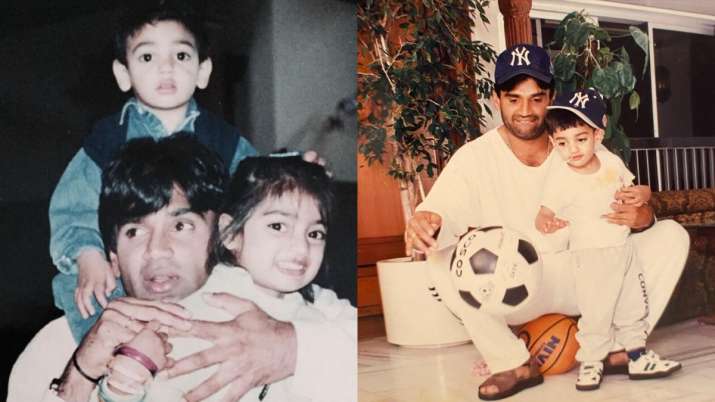 Suniel Shetty’s son Ahan Shetty turned a year older on Tuesday (December 28). He made his Bollywood debut with ‘Tadap’ this December 3 alongside Tara Sutaria. Ahan’s starrer gained immense love from the audience. As the handsome hunk celebrates his birthday, the proud father Suniel, and sister Athiya Shetty took to social media and penned a heartfelt note for their ‘greatest pride’ Ahan. Wishing him, Sr Shetty wrote, “Happiest birthday wishes to my biggest joy, greatest pride and most of all my love… you have given me so so so many reasons to be proud of the man you have become but the proudest moment for me is telling others you are MY SON.”

“I wish you love ,luck ,adventure as you embark on your exciting new journey… work hard ,work honest … be forever thankful for what you have… always look for love , kindness, positivity in others …. Always stop to help someone along the way … forgive yourself and learn when you make mistakes but most of all enjoy the journey …may all the choices you make only lead you to greater happiness…love , Ahan Shetty’s papa,” he added. As soon as he shared the post, Ahan commented, ”I love you papa.. thank you so much for everything”. Take a look:

On the other hand, Athiya Shetty went down memory lane and shared cutest glimpses of the little Ahan from their childhood. The pictures also gave a glimpse of a younger version of Suniel Shetty. 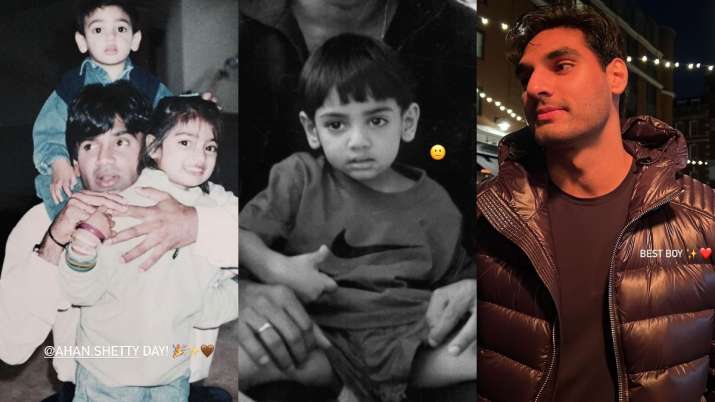 On the related note, Ahan Shetty and Tara Sutaria’s ‘Tadap’ is an official Hindi remake of the Telugu blockbuster ‘RX 100.’ In the film, while Ahan’s character seems to be more raw and aggressive, Tara’s role appears to be gentle and calmer. It follows the story of a guy hopelessly in love, who turns vindictive along the course of the film after being abandoned. Tadap also stars Saurabh Shukla, Kumud Mishra and Sumit Gulati among others.