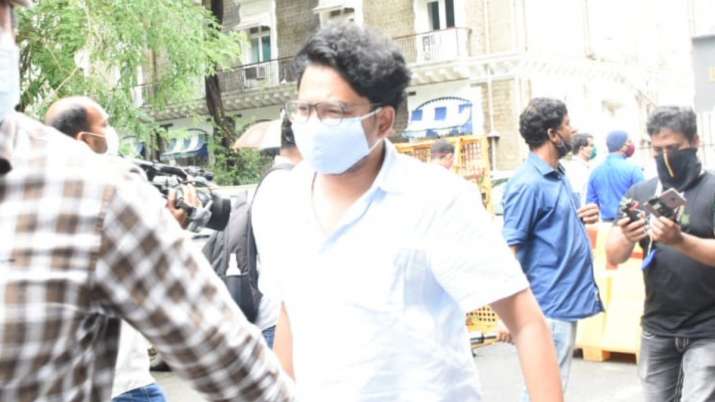 Siddharth Pithani, who was late Bollywood actor Sushant Singh Rajput’s flatmate, on Tuesday once again deposed before the Enforcement Directorate (ED) to record his statement in a money laundering probe. Pithani, an IT professional, who was in Sushant’s flat on June 14, when the actor was found dead, was questioned by the financial probe agency officials on Monday for over five hours.

An ED official requesting anonymity said that Pithani was asked about the financial details of Sushant and if he had used or borrowed money from the late actor. He was also questioned about the investments made by Sushant in the companies in which the late actor was a director along with his girlfriend Rhea Chakraborty and her brother Showik Chakraborty.

The ED officials also wanted to know from Pithani about Rhea’s relationship with the late actor and his family members. The ED is also zeroing in on Innsaei Ventures, which Sushant launched with Varun Mathur in 2018. The ED wants to know about the kind of investment Sushant made in the firm.

The ED could also ask Pithani if Rhea used Sushant’s credit cards and other financial transactions for her expenses and if she used the bodyguards and his other staff.

The ED has till date questioned six people in its probe in the case. It will also record the statement of Sushant’s sister Mitu Singh for the first time in the case later in the day.

Earlier in the day, Shruti Modi, Sushant and Rhea’s ex-manager also deposed before the ED for questioning in the case. She was also questioned on Friday and Monday by the ED.

The ED and the CBI are probing the death of the late actor, who was found hanging in his Bandra flat in Mumbai on June 14 on the complaint of Singh filed at the Rajeev Nagar police station in Patna on July 25.

Sushant and his family hail from Purnea district in Bihar. Both the agencies have taken over the probe on the basis of the Bihar Police FIR.

The CBI on Monday visited the Faridabad home of the late actor’s brother-in-law, O.P. singh, who is a top police officer in Haryana. They recorded the statement of Sushant’s father and sister in connection with the case.

According to Central Bureau of Investigation (CBI) sources, the family members have claimed that Sushant’s death was not suicide but a murder. However, the CBI officials remained tight lipped on the development.

The ED had on July 31 registered a case on the basis of a Bihar Police FIR on his father’s complaint that Rs 15 crore was withdrawn or transferred from his son’s Kotak Mahindra Bank account. The ED registered the case under the Prevention of Money Laundering Act (PMLA) against Rhea and her family members, among others.

Sushant’s father has accused Rhea of taking money from his son and also threatening to disclose his medical reports to the media. The late actor’s family has also accused her of keeping him away from them.

The case was transferred to the CBI from the state police on August 7.