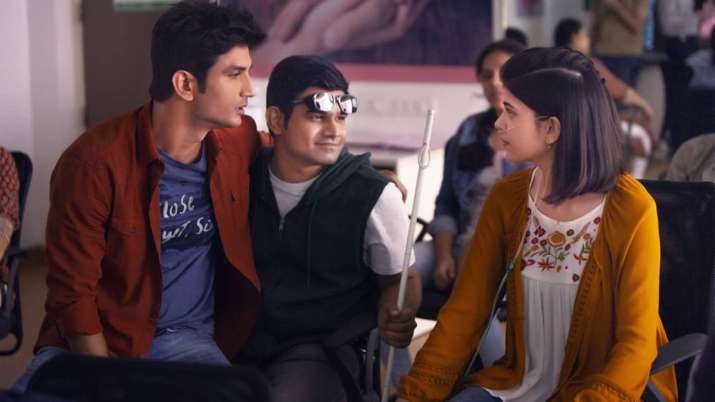 Actor Sahil Vaid still remembers how happy Sushant Singh Rajput was when he told him he had taken up a musical project. Sahil, who played Sushant’s buddy JP in “Dil Bechara”, had started gearing up for his upcoming musical web series, “The Socho Project”, when their film was in its last leg of shooting. Sushant’s love for music and dance is only too well known. When Sahil informed him he had taken up a musical, the late actor reacted with a big, warm laugh.

“During the last few days of my shooting of ‘Dil Bechara’, my role for ‘The Socho Project’ was confirmed and I told Sushant that I was doing the show. We were chatting, and he asked me what the show was about. I told him it was on music and my character’s name is ‘JD’. Sushant laughed — that vivid laugher that we all have seen. I asked him, ‘Kya hua bhai, hans kyun rahe ho?’ Sushant replied, ‘Kya bhai tum bhi, yahaan bhi JP, wahaan bhi JD and we had a good laugh!” Sahil told IANS.

Sahil added: “As he was genuinely interested in music, he wished me luck and said it was important to celebrate original music. I just did not know that we will never get a chance to sit and chat again.”

“The Socho Project” is based on the journey of budding musicians, and it features 25 original songs. The show also features Lopa Mudra Raut, Gaurav Khanna. It is directed by Abhigyan and Mrinal Jha.

According to Sahil, it was tough to accept the reality that Sushant passed away on June 14. “I think I realised the true meaning of ‘mixed feeling’. When I was watching ‘Dil Bechara’ alone in my room, all that was playing out in my mind, is the making of the film — what happened before we shot a scene, for instance,” recalled the actor.

Peter Brook, theatre genius who staged ‘The Mahabharata’, dies at 97