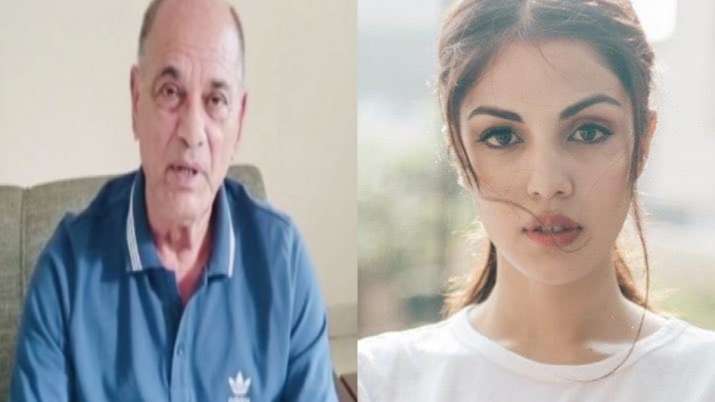 Actor Sushant Singh Rajput’s father KK Singh has accused the actor’s then-current girlfriend Rhea Chakraborty of abetment to suicide. He has alleged that the Jalebi actress intentionally compelled the late actor to feel depressed and separated him from his family. While Rhea claims that Sushant’s relationship with his family was not good, a few WhatsApp messages have surfaced online which state that KK Singh tried to reach out to his son through Rhea Chakraborty as well as his former business manager Shruti Modi. Sushant’s father’s WhatsApp messages to Rhea and Shruti from November 2019 have gone viral on the internet.

Singh’s message to Rhea read, “Jab tum jan gaee ki ain Sushant ka papa hun to bat kyon nahin ki. Akhir bat kya hai. Friend ban kar uska dekhbhal our uska elaj karba rahi ho to mea bhi farj banta hai ki Sushant ke bare men sari jankari mujhe bhi rahe. Esliye call kar mujhe bhi sari jankari do”(When you know that I am the father of Sushant, why did not you talk? After all, what is the matter? Being a friend, caring for him is okay, but as a father I also feel that all the information about Sushant should be given to me. So call and give me all the information.)

Earlier, Rhea Chakraborty’s WhatsApp messages with Sushant had gone viral on the internet in which he can be seen praising the actress’s family and calling his sister Priyanka ‘pure evil’ and ‘manipulative’. The message read,  “Your family is very epic. Showik is compassionate and you too who are mine, you are a sufficient cause for the inevitable change and respite globally. Behind these important changes. It will be a pleasure for me to be around you folks Cheers my friend for being a rockstar,” he wrote.

He then wrote about his sister, calling her “pure evil”. He says that she is manipulating ‘Sid bhai’. The actor wrote: “(“To Priyanka”), You do this, after the shameful act, making this a coverup to attract attention playing the victim card to the most non negotiable act of molestation under the influence of alcohol.”

Meanwhile, after a close to nine hour-long questioning with Rhea, her father and brother, ED has called Sushant’s sister Mitu Singh for investigation. Other family members of the late actor will be questioned as well.