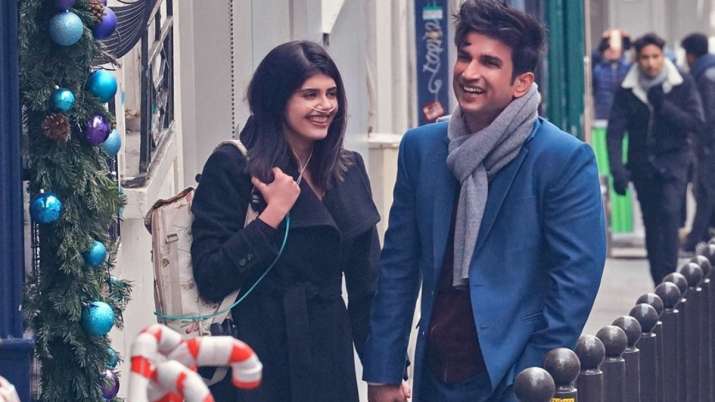 In 2018, when late actor Sushant Singh Rajput was shooting for his film Dil Bechara, there were allegations against him that he molested co-star Sanjana Sanghi. The reports claimed that the actress has accused him of making her uncomfortable. However, later, Sanjana came forward to rubbish the allegations and revealed that nothing like that ever happened. After Kangana Ranaut, Sushant’s close friend and Pavitra Rishta director Kushal Zaveri opened about the same and took a sly dig at the Dil Bechara actress Sanjana Sanghi for not replying to him. Zaveri revealed that Sushant could not sleep for four nights after the Me Too allegations.

Kushal, in an Instagram post, recalled how broken Sushant was when he stayed with his for a brief period during the Me Too allegations. He wrote, “I stayed with Sushant from July 2018 to Feb 2019 … the most vulnerable I have seen him was during the #MeToo movement in Oct 2018 … the electronic media was targeting him without any solid proof … We tried our best to contact sanjana sanghi but it seems she was in USA and was not available for any comment (strange coincidence).”

He also added, “Sushant knew back of his mind who was targetting him but didn’t have proof to call them out … I remember how Sushant couldn’t sleep for 4 nights waiting for sanjana to clear the allegations … Finally she cleared his name on the 5th day and it seemed all like a hard earned victory as if the battle was over.”

Kushal Zaveri was expecting a reply from the Dil Bechara actress, considering her response to Kangana Ranaut who earlier asked why the actress was so late in clearing out the allegations against Sushant. In another post, Zaveri wrote, “Was expecting a reply from Sanjana Sanghi as she was quick in replying to Kangana, I guess she is busy… Let me tell you something about the film… Sushant re-wrote the dialogues of most of the scenes which includes him in the film… Of course with the approval of the director.”

Reacting to Kangana Ranaut’s statements, Sanjana Sanghi had told Zoom that nobody has the right to judge her. She said, “I have said more than enough about what happened. Also, I’ve given a clarification which should have been enough. At that time, it wasn’t late, nobody is in authority to decide what’s late and what’s not. You don’t fuel rumours. It is not the responsibility or job to clarify rumours.”

Sushant Singh Rajput was reportedly very upset after the ‘fake’ allegation were leveled against him of molesting Sanjana Sanghi. After the incident, he had even deactivated his Twitter account. His last tweet read, “The last thing worth doing is to defend yourself of the fiction created by an agenda. People using this much required campaign for their personal agenda is too much to ignore. So here is the text conversation with Sanjana till the time I shot for the film. I let you decide.”