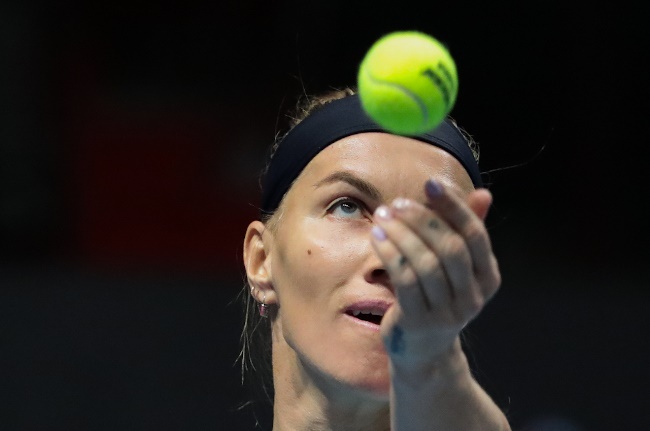 Former US Open champion Svetlana Kuznetsova withdrew from this year’s tournament on Monday citing concerns over the Covid-19 outbreak.

The 35-year-old Russian, who won the first of her two career Grand Slam titles at Flushing Meadows in 2004, joins a lengthening list of players from Europe who have opted to skip the event.

“Due to the unfavourable situation due to coronavirus…I made the difficult decision for myself to refuse to participate,” Kuznetsova said in a post on her Instagram page.

The world number 32 will also miss the ATP/WTA Western and Southern Open, which is being played in New York this year instead of Cincinnati as a warm-up event for the 31 August – 13 September Open.

“I’m sorry as I’ve been waiting for these tournaments, but the pandemic changed all plans,” Kuznetsova said.

“I hope that the situation in the world will become more stable by the next competition.”

In a separate announcement on Monday, the US Tennis Association confirmed the Czech Republic’s Barbora Strycova had also withdrawn from the US Open, along with China’s Wang Xiyi.

The US’s Ann Li and Australia’s Priscilla Hon have been elevated to the main draw as a result of the withdrawals.