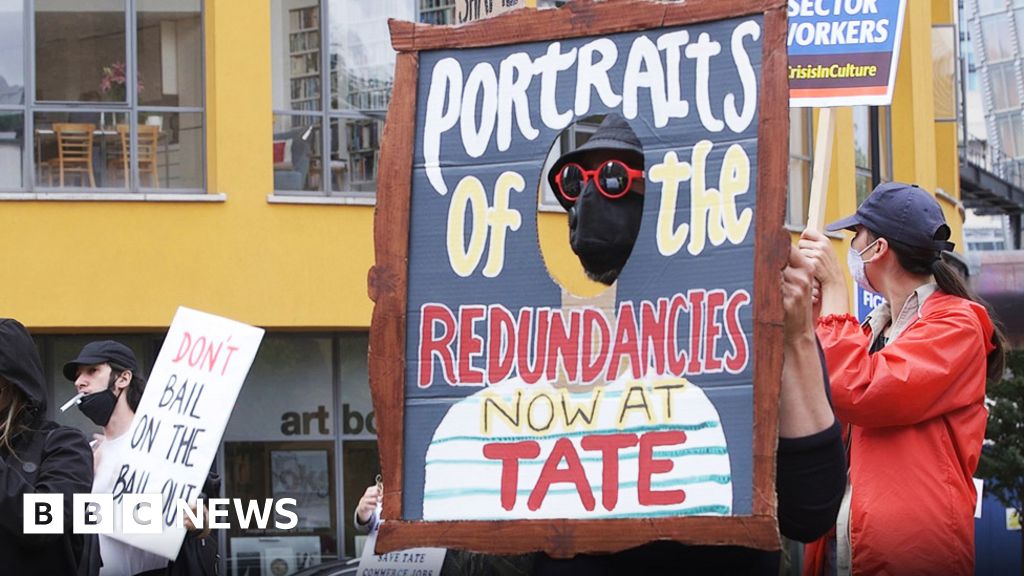 The head of the Tate art galleries has defended plans to cut around 200 jobs in their shops and cafes as a result of the coronavirus pandemic.

Host Lauren Laverne asked her about the “question mark over 200 jobs at Tate Enterprises”, given “no redundancies have been announced at the galleries”.

Balshaw said the company had delayed the job losses “for as long as we can”.

But fewer staff will be needed in the commercial arm because visitor numbers are expected to stay at around 50% for “quite a long time”, she said.

She told the programme: “We are consulting with staff about redundancies. But we have used as much of our own reserves as we can to preserve the jobs throughout this period.

“So staff were kept on 100% pay all the way through lockdown, and we’ve delayed this period of consultation for as long as we can.

“We don’t want to lose any staff, but we know we have to, otherwise the business won’t be able to trade.”

There were protests outside Tate Modern when it, and the other Tate galleries, reopened on 27 July, having been closed due to coronavirus since 17 March.

A number of MPs have raised concerns about the cuts, saying those affected were “low paid with a significant number at risk coming from the BAME community”. On Desert Island Discs, Laverne said the union representing those affected wants Tate to intervene.

Balshaw replied: “We have intervened. We’re almost unique in that we run all our own shops and cafes, and that means that everything that people experience at Tate reflects our values.

“But that means, when we are facing 50% fewer visitors coming to our galleries for probably quite a long time, that sadly at the moment the trading business is too big, because we won’t be able to open all the cafes and the shops in the same way.”

She pledged that “as visitors do return and as we get properly post-Covid, they [the affected workers] will be given the first option to come back and work for us because we recognise the hard work that they do and how valuable they are to us”.

Desert Island Discs is on BBC Radio 4 at 11:00 BST on Sunday, then on BBC Sounds.