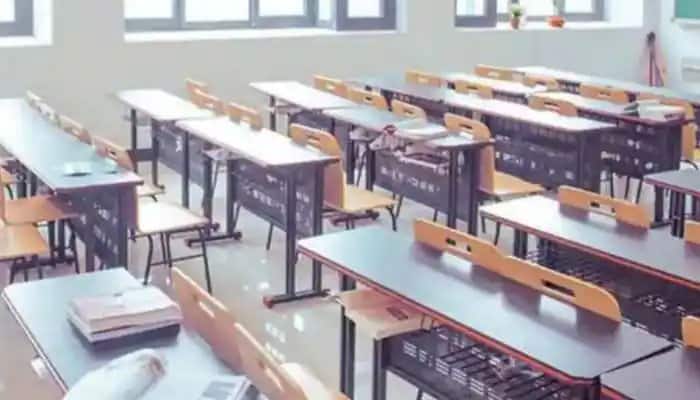 Telangana: Telangana Government has declared a Holiday tomorrow for schools and colleges on account of Ganpati Visarjan. As per an official notice issued by the state government, all government offices will also remain closed tomorrow, September 9, 2022.  All-government offices, schools and colleges in Hyderabad, Secunderabad, Ranga Reddy, and Medchal-Malkajgiri districts will be shut tomorrow. The official notification issued by the Telangana government has been shared below for reference.

“The government hereby orders the September 9, 2022, Friday, shall be a general holiday to the government offices, schools, colleges located in and around the Twin Cities of Hyderabad and Secunderabad, Ranga Reddy and Medchal – Malkajgiri Districts of Telangana State on account of Ganesh idols immersion procession,” read the official notification issued.

Secunderabad, Ranga Reddy and Medchal-Malkajgiri Districts on September 9, in view of Ganesh idols immersion. 12th November will be a working day in lieu of tomorrow’s holiday, says the govt. pic.twitter.com/kuEx8dvhVs
— ANI (@ANI) September 8, 2022

However, in lieu of a holiday being declared for tomorrow, September 9, 2022, the Telangana government has announced that the second Saturday – November 12, 2022, will be observed as a working day for all government offices, schools and colleges in the respective cities.

Ganesh Visarjan, also known as Anant Chaturdashi will be celebrated tomorrow, September 9, 2022. This signifies the last day of the ten-day long celebrations for Ganesh Chaturthi or Ganesha Festival. This year, Ganesh Chaturthi was celebrated on Wednesday, August 31, 2022.