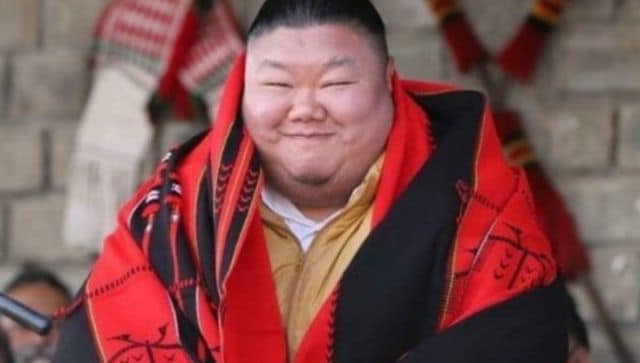 As humans, we hold the responsibility to support each other and stand behind those in need. At a time when people have become more obsessed with themselves, a hard-warming video of a group of villagers uniting together to pull out a truck from a deep gorge is winning the internet.

Notably, the villagers have rightfully established the meaning of the quote ‘Strength lies in Unity’ and have received applause from many. The video which originally surfaced in 2021 started going viral again after Nagaland Minister Temjen Imna Along shared it on his Twitter handle.

Quite active on social media, Temjen Imna Along frequently shares inspiring videos, especially the ones from the northeastern state. This time too, the leader on Wednesday took to Twitter and shared a video from a Nagaland village where people in large groups came together and successfully pulled out a truck from the gorge with the help of thick ropes and bamboo.

While sharing the video, he also lauded the villagers’ efforts further adding that teamwork is rooted deep in the state’s culture.

Team work makes the dream work! Afterall, it is rooted deep in our culture.

His caption read, “Outcome of Unity! Team work makes the dream work! Afterall, it is rooted deep in our culture.” The video also grabbed the attention of many as people took to the comment section and shared their reactions. A user wrote, “Northeastern people are the best you can find on this planet….most humble, fearless, love music, food, culture and one with nature. They have everything to become the most powerful region of southeast Asia…Highest respect and love for them”, while another person commented, “Amazing….!!! Stunned by these fellas. They all together pulled up that truck.”

I’m big fan of north eastern people, the way they are self reliant in every aspect.

🐦: This team work is like inspiring by the “PURI JAGANNADHA SWAMY RADHOTHSVAM” – A team of Ants 🐜 having the power of control over a Snake. Team work is more powerful, Spirit of Unity 🤝 . The bad people create differences as ‘divide and rule’. 🙏 Your’s ❤ Co-Indian 🌎.

Amazing….!!! Stunned by these fellas.

They all together pulled up that truck..

That’s why I love the Naga people. Among them unity is the main strength.

You are the best example for national unity, I salute you Sir

When the insignificant mortal men put their might together, they become mightier than their Gods

So far, the video which indeed spreads the message of unity and brotherhood has grabbed over 43,000 views and received several likes and comments.

Villagers in Nagaland pull out a truck from gorge

The incident reportedly took place in the Kutsapo village of Phek district in Nagaland in January 2021. It happened after a carrier truck met with an accident and fell into the gorge. Following this, villagers gathered around in large numbers and made arrangements to pull the vehicle with the use of ropes and bamboo.

Besides this, the people were also seen praying and cheering for each other as they carried out the task.