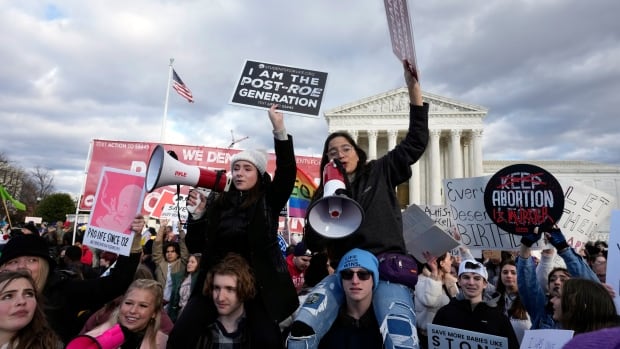 A half century after Roe v. Wade, March for Life supporters on Friday celebrated the U.S. Supreme Court’s dismantling of that constitutional right to abortion and heralded the political struggle set loose by the court’s decision. President Joe Biden pledged to do all in his limited power to restore core abortion rights.

The first March for Life since the Supreme Court overturned Roe v. Wade in June came with a new focus. Instead of concentrating their attention on the court, the marchers vowed to push for action from the building directly across the street: the U.S. Capitol.

Congress, movement leaders say, must be warned against making any attempt to curtail the multiple anti-abortion laws imposed last year in a dozen states.

Tens of thousands spread across a section of the National Mall for speeches, the Capitol Building in sight, then marched.

Indeed, with the constitutional victory behind them and lawmakers now the ones to be persuaded, marchers took a new route along the western face of the Capitol, to their usual destination between that complex and the court.

In a counter-protest outside the court building, 15 or so activists in favour of abortion rights held signs of their own: “Bans off our Bodies,” “Mind your own uterus.” They chanted, “Our bodies do not need advice from priests.”

They were easily outnumbered and surrounded by March for Lifers, but interactions were civil and police did not separate the two camps.

The crowd appeared smaller than in past years but bore multiple hallmarks of previous marches in the enthusiasm of the gathering, the large numbers of young people from Catholic schools around the country and plenty of banners representing different churches and religious orders.