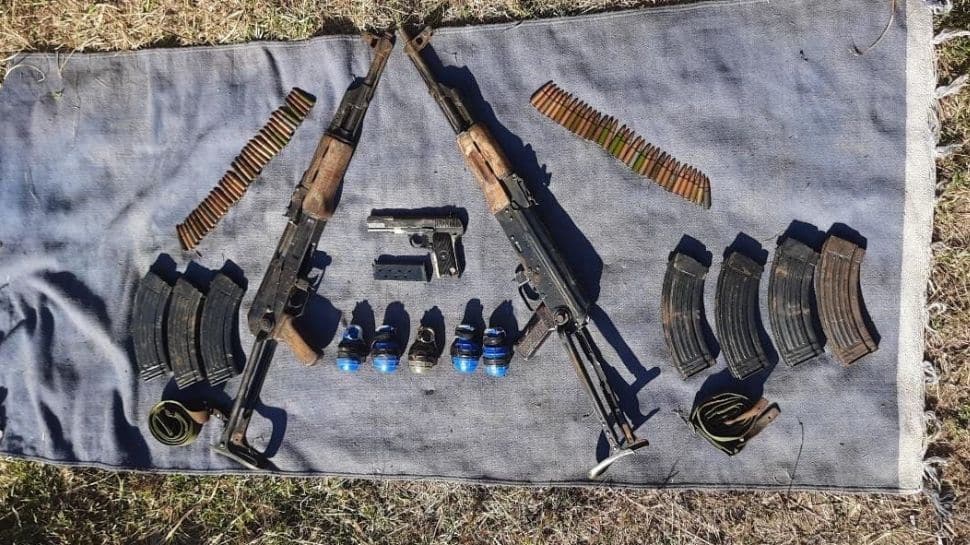 Jammu: The security forces on Wednesday busted a terrorist hideout in Nabna village of Poonch district in Jammu province. Jammu-based Defence Pro said, ” A Terror Hideout was busted, Arms & Ammunition recovered in Nabana, Surankote”. He said, “Based on intelligence inputs about the presence of a cache of warlike stores, an operation was launched by the Indian Army and JKP in the upper reaches of Village Nabana in Surankote, District Poonch (J&K). During the search, a cache of war-like stores was recovered. One AK 47, one AK 56, seven magazines, one pistol with empty Magazine,  five Chinese Grenades and 69 rounds of 7.62 mm were recovered.

The operation is still in progress.

Sopore Police and 22RR created an MVCP grid in Sopore after receiving information from the sister agency about the whereabouts of the primary terrorist handler. People named Mushtaq Ahmed Bhat (Main Handler) of Chanapora, Srinagar, and Ishfaq Ahmed Shah, a resident of Budgam were detained during MVCP 02, they were found to be in possession of incriminating items, weapons, and ammunition, including a pistol, a magazine, 10 rounds, and 3 grenades.