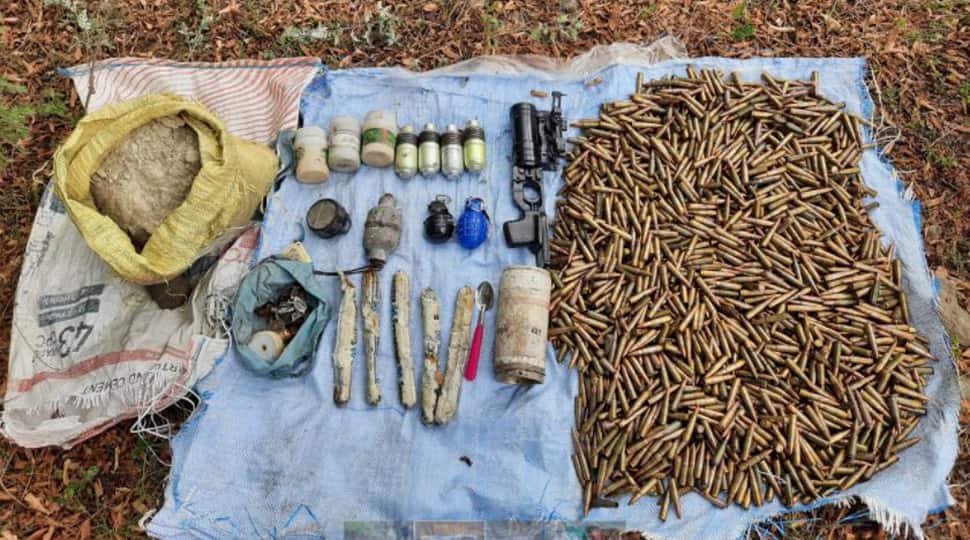 The terrorist hideout was busted by security forces during cordon and search operation in Barsoo village of Awantipora. A police officer told Zee News that “search operation is being carried out by a joint team of Jammu and Kashmir Police and Army”.

Based on the credible input at about presence of terrorists of proscribed outfit Lashkar-e-Taiba in the forest area of Badroo Barsoo, Awantipora police along with 50RR and 130 BN CRPF launched a search in the said forest area.

Police have registered a case in this regard and further investigations is on. Security forces are keeping a strict vigil in Kashmir ahead of the Independence Day and every tipoff related to terrorists is being taken very seriously.

On August 7, security forces had busted a terrorist hideout in the Shashitar forested area in the Poonch district of Jammu and Kashmir.

A joint operation was launched by Army and J&K Police in Shashitar forested area (Dingi Cheer) in the Poonch district after receiving specific intelligence inputs about the terrorist hideout in the area.

During the operation, a terrorist hideout was busted in the remote Shashitar forested area, ( Dingi Cheer), in Poonch.  With this successful operation, the security forces have foiled the nefarious designs of Pakistan-backed terror groups to disrupt peace and create disturbance in the area.

During the operation, the security forces recovered a large cache of arms and ammunition, including two AK- 47 rifles and four magazines.