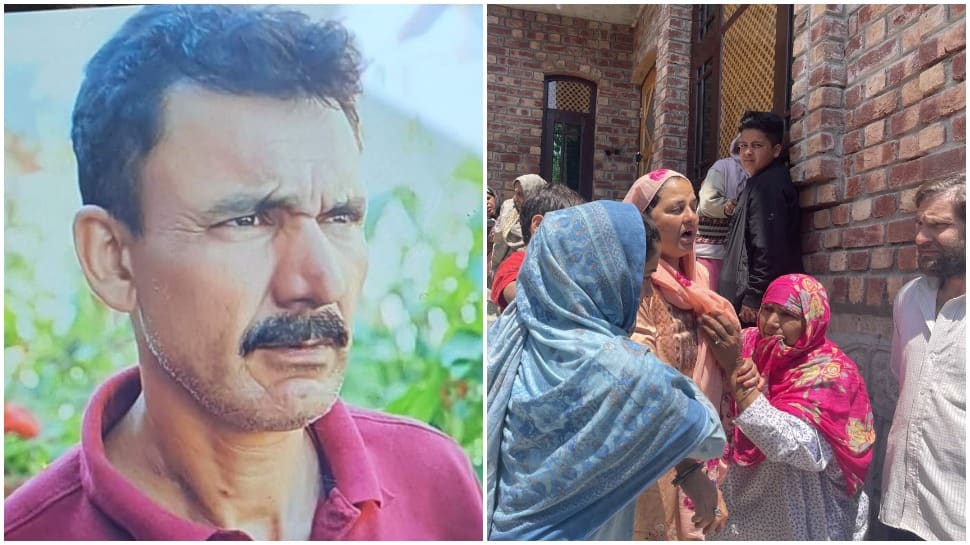 Srinagar: After a Lul of months, once again suspected terrorists did a targeted attack on the outskirts of Srinagar early morning. A Jammu and Kashmir police personnel was critically injured when suspected terrorists fired upon him near Aiwa Bridge on Dr Ali Jan Road in Srinagar, the policeman was in civies when he attacked.

An eyewitness said, it was around 9 am when this policeman was going on his motorcycle, and two motorcycle-borne youths stopped and asked for some address before he could say something the person sitting behind the bike shot at the policeman, and the attackers flew away from the spot.

The policeman had fallen from the motorcycle and was in a pool of blood for quite a long time as the area in the morning almost remains deserted. People living in nearby tents informed the police and the policeman was taken to hospital.

He had two bullet injuries one in head and one in arm. He was immediately shifted to nearby SKIMS hospital, where his condition is said critical.

Police identified the policeman as Ghulam Hassan Dar son of Ghulam Rasool Dar of Danwar Eidgah, he is of headconstable rank. The policeman is posted as driver with 112 police service in police control room srinagar.

When he was attacked he was travelling on his bike, possibly on way to duty at PCR Srinagar. Soon area was cordoned and searches were launched but the attackers looks have managed to flee.

When the news broke in the area his family and realtives and neighbours rushed to the spot where the bike was still laying on roadside having blood strains. Policeman Gulam Hassan who has a daughter and a son who works as a labour and his wife and brothers all were seen in deep shock, they were unable to understand why this happened because just 15 minutes before they were all together.

Gulam Mohammad dar (brother) said, he left for job in morning then we got call he was shot we went there hospital his condition is critical. He had just built new house has taken loan even had not paid single instalment yet. It’s wrong what has happened what will one get by killing a human all are humans whatever religion. We pray to God that he show them real way.

Family condemned the attack said is this the way they will get libration this should not happen.

Ali Mohammad dar ( brother ) said it”‘s very wrong by killing people libration will not come he works in police because there is unemployment he is working since 2002, he has never taken gun in his hand he is driver you can enquirie from people here what was his behaviour, it’s unjustice it’s sin, if they get libration by killing them we have thousands of policemen in this constituency if by killing them they will get libration then kill them, they should first warn if someone had done wrong. We condemn it it will not give libration it has affected his family who will now have to face hardships.”

The police officer said to protect everyone is not possible and when and where such an incident will happen one doesn’t know. He added that civil society and people have to support in stopping such incidents.

Meanwhile, LeT offshoot TRF’s note has gone viral on social media claiming the responsibility for the attack. However, the release can’t be authenticated individually. In that note TRF said that policeman was a police informer, it reads that such attacks will be carried out again in future.