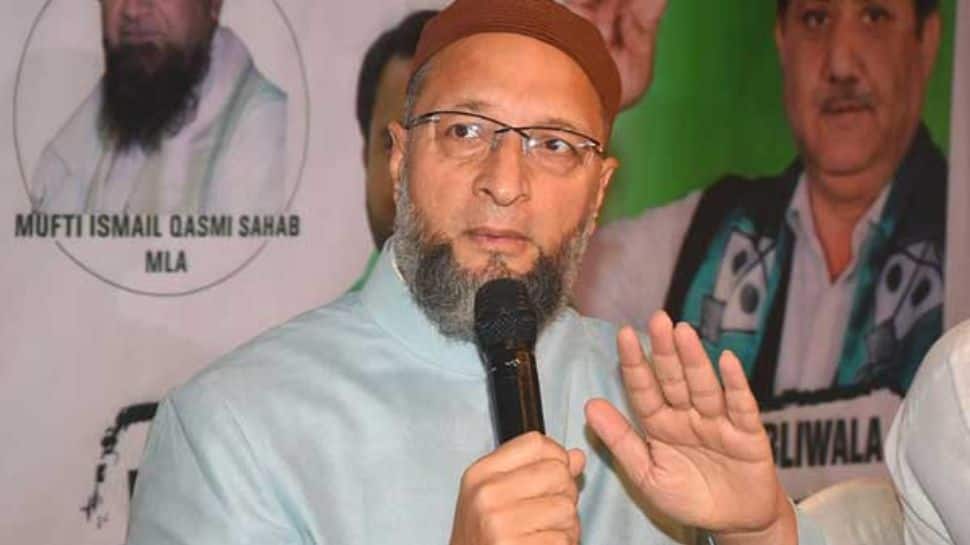 New Delhi: AIMIM chief Asaduddin Owaisi on Thursday (August 18, 2022) lashed out at Bharatiya Janata Party (BJP) over the early release of all the 11 convicts in the Bilkis Bano case of the 2002 Gujarat riots, and said the policy of the BJP is to stand by rapists be it in Gujarat or Kathua. While commenting on the BJP MLA’s remark that the rapists of Bilkis Bano are Brahmins with ‘sanskaar’, Owaisi said, “While some people’s caste can secure their release from jail despite the heinous nature of their crime, some other people’s caste or religion is enough to ‘imprison them without proof’.”

“We must thank God that at least Godse was convicted and hanged,” Owaisi said demanding cancellation of the remission of the convicts.

The AIMIM chief also recalled how “on the same day as PM Modi emphasised on women empowerment in his Independence Day speech, the Gujarat government released the convicts of the Bilkis Bano case.”

“Did the Gujarat government take permission from the Centre as they were convicted following a CBI probe?” Owaisi said adding that BJP is doing all these keeping an eye on the upcoming Gujarat elections.

Meanwhile, BJP sitting MLA from Gujarat’s Godhra has said the 11 rapists in the Bilkis Bano case are Brahmins with good values or ‘sanskaar’ and someone with ill intention may have punished them. Amid the countrywide outrage over the men’s release, a legislator from the ruling camp in Gujarat, CK Raulji, who was one of the two BJP leaders who were part of the review panel that granted remission to the 11 convicted rapists, has backed the men, who were feted with sweets and garlands after their release.

Raulji told the news portal, Mojo Story, on Thursday that the decision of the committee was unanimous. The decision was taken after one of the convicts approached the Supreme Court seeking remission and the matter was passed onto the state government.

“I don’t know whether they committed any crime or not. But there has to be the intention of committing crime,” CK Raulji told the Mojo Story reporter. The MLA also suggested that the convicts could have been “framed intentionally”.

“They were Brahmins and Brahmins are known to have good sanskaar. It might have been someone’s ill intention to corner and punish them,” added the MLA in the interview. The video of the interview also went viral on social media. The convicts, he added, had good conduct while in jail.

Additionally, Trinamool Congress (TMC) MP Mahua Moitra also lashed out at the Centre over the early release of all the 11 convicts. TMC MP hit out at the central government and the Bharatiya Janata Party (BJP) leadership and said that the premature release of the convicts has shaken faith in justice and left her numb. “How can justice for any woman end like this? Amit Shah? Narendra Modi? India? Indians?” Mahua Moitra said in a tweet.

The social media convenor of Telangana’s ruling Telangana Rashtra Samithi, Y Satish Reddy, took it to the micro-blogging website to criticise the move and also tweeted the video clip of the interview with the caption, “They are Brahmins, Men of Good Sanskaar. Their conduct in jail was good”: BJP MLA #CKRaulji BJP now terms rapists as ‘Men of Good Sanskar’. This is the lowest a party can ever stoop!”

Meanwhile, all the 11 convicts were sentenced to life imprisonment in the 2002 post-Godhra Bilkis Bano gang rape case walked out of the Godhra sub-jail on August 15. The rapists walked free on Independence Day, hours after PM Narendra Modi spoke of women’s empowerment from the ramparts of the Red Fort.

Then 20-year-old, Bilkis Bano was five months pregnant when she was gang raped as she and her family were attempting to flee the violence in the 2002 Godhra riots, and her three-year-old daughter was one of the seven murdered.