Rinku Singh and Saurav Gurjar, who are together known as ‘The Indus Sher’ in the WWE, share their story of becoming WWE superstars.

Not coming from Wrestling backgrounds but humble beginnings, Rinku Singh and Saurav Gurjar made their official TV debut by taking on NXT Tag Team Champion Matt Riddle in March 2020. The road has been a long and challenging one for the duo ever since they intersected paths at the WWE Dubai Tryouts in 2017. What makes this dynamic duo a winning stroke? – here is more about The Indus Sher and what makes them click in and out of the ring!

FOR THE LOVE OF SPORTS

Both Rinku and Gurjar come from sporting backgrounds. Gurjar was a former national champion in kickboxing and has played a variety of sports like wrestling, basketball and boxing during his college days. Rinku, on the other hand, is a success story in a sport that has almost no recognition in India – Baseball. The first ever Indian to play professional baseball after he won the ‘The Million Dollar Arm’ competition in 2008, this 31-year-old from a rural village in Bhadohi was a junior national javelin throw medalist before he won the ‘The Million Dollar Arm’ reality show. The win did wonders for him as he received a tryout in front of 20 Major League Baseball (MLB) team scouts and was eventually signed by the Pittsburgh Pirates.

The duo knows a bit or two about performing. While Rinku won his ticket to the fame on a reality show ‘Million Dollar Arm’, Saurav found success in the world of television as he was part of well-known shows like ‘Mahabharat’ and ‘Sankat Mochan Mahabali Hanuman’. To add to it all, Gurjar will make his Bollywood debut with one of the most anticipated movies to hit the screen – ‘Brahmastra’ which is slated to release in 2021. 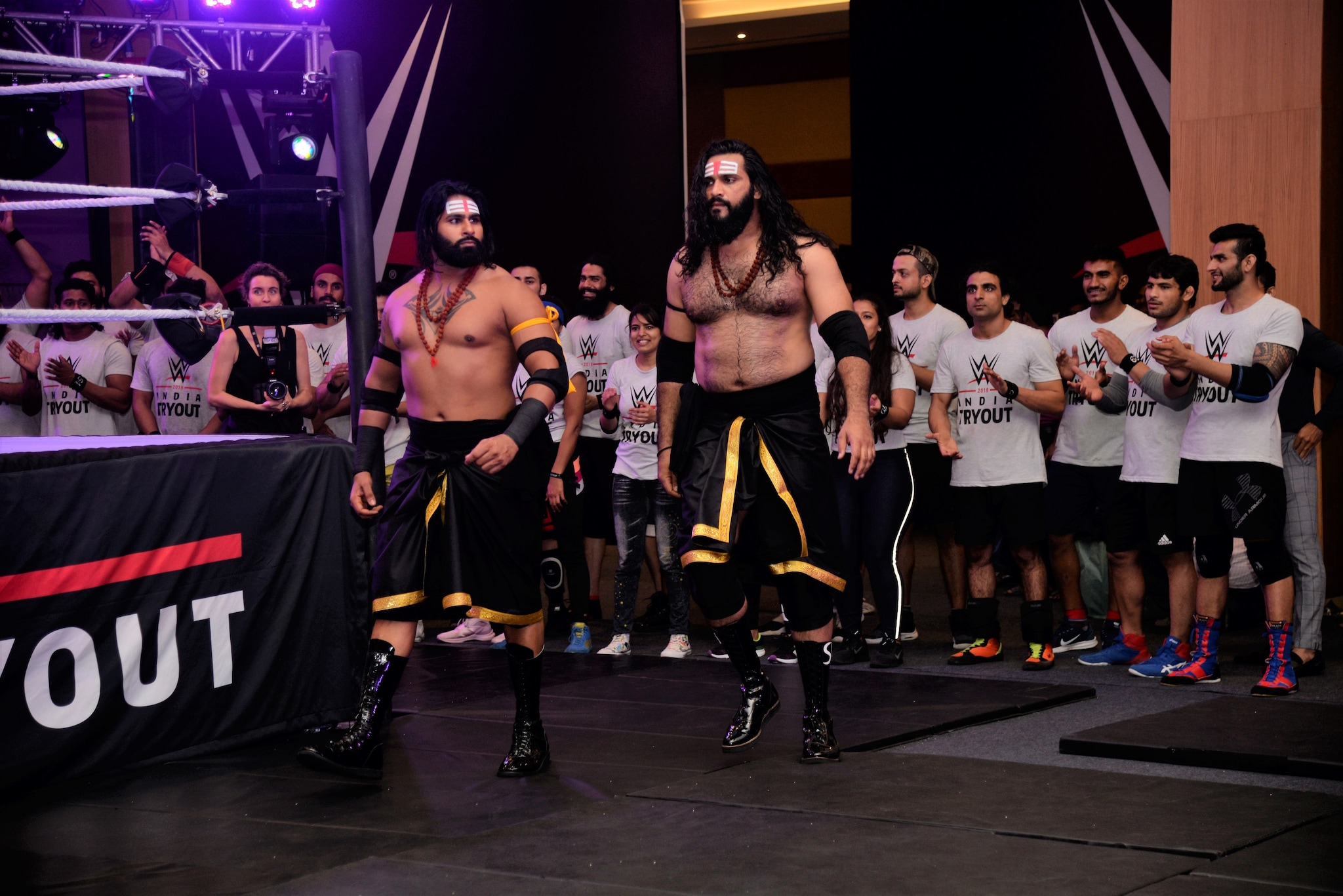 MATCH MADE IN THE RING

The WWE Dubai Try Outs in 2017, hosted 34 athletes from 18 countries for a historic four-day tryout. Taking place at the Dubai Opera House, the stage was set with men and women from across the world with backgrounds ranging from martial arts, collegiate wrestling and boxing, to strong man competitions, bodybuilding and CrossFit. This was where our duo met and connected. Given how well their personalities and backgrounds complimented each other, it was like a match meant to be. Both being athletic, the real challenge came to performing. As Rinku Singh said “It is not difficult for us to pick up the physical part of the business as we both have experience in sports. But, performing in front of a packed crowd is a whole different experience. When we started out, we used to be extremely nervous but with time, we have grown accustomed to the spotlight.”

Every WWE Superstar knows the importance of building a character, having signature moves and telling a story. For our dynamic duo, Rinku and Saurav wanted to embrace where they came from. The importance of representing their country stood at the forefront to developing their characters. “It was a tough choice for us to decide on our characters and our attires. We wanted to showcase the Indian culture through them and what we wanted to portray was the character of a warrior. We did not want it to be excessive or offensive but at the same time, we wanted to it to clearly show that we are representing India,” said Saurav Gurjar

When asked on countless occasions by fans what the goal is for the duo at WWE, the answer has remained constant. “Our goal is quite clear. We wanted to become the very first WWE Tag Team Champions from India and to defend the Title at WrestleMania in front of thousands of fans, making our country proud on the global stage.” said Rinku Singh

Watch The Indus Sher on NXT only the WWE Network and on TV EXCLUSIVELY every Thursday at 4:30 AM IST on SONY TEN 1 and SONY TEN 3 Channels.