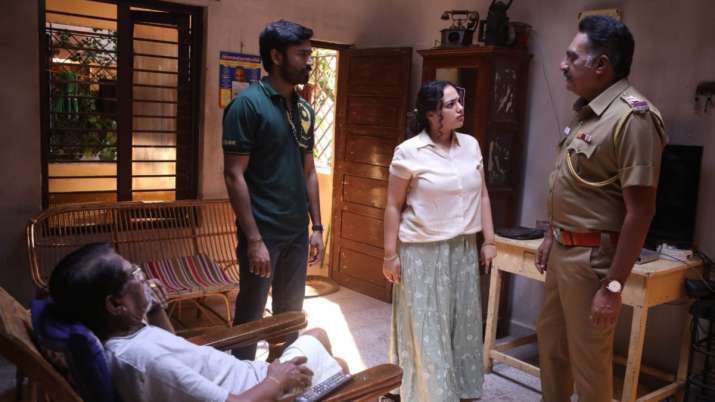 Thiruchitrambalam Box Office Collection: Dhanush and Nithya Menen starrer is performing exceptionally well at the ticket windows. The Tamil romantic comedy has opened to positive reviews from the audience and the critics. According to trade reports, Thiruchitrambalam is inching towards Rs 50 crore at the Tamil Nadu box office. Not just in the South, but the film has been doing well worldwide inching closer to shattering multiple box office records. The Mithran Jawahar directorial grossed over Rs 50 crore worldwide in its opening weekend.

Thiruchitrambalam has been doing great business at the box office not just in India, but also in the international market. Movie tracker Ramesh Bala, stated that Dhanush’s film is the highest grosser in France and in the UK. “At the UK Box Office, #Thiruchitrambalam ‘s gross for the opening weekend is £132,109 [₹ 1.25 Crs].. Already, @dhanushkraja’s highest Grosser in UK,” Bala tweeted.

Thiruchitrambalam will be broadcast on Sun NXT in September. The movie’s digital and streaming rights have been acquired by Sun Tv. Reportedly, fans will have to wait until September 2023 for the OTT release date of Dhanush starrer. ALSO READ: Karthikeya 2 Box Office Collection: Nikhil Siddhartha’s film growing stronger, crosses Rs 75 crore mark WW

Directed by Mithran R Jawahar, the romantic entertainer also features Priya Bhavani Shankar, Prakash Raj and Raashi Khanna in pivotal roles. The trailer shows Dhanush, who plays the titular character of ‘Thiruchitrambalam’ — a delivery boy, enjoying a good rapport with his grandfather played by Bharathiraja. However, the relationship between him and his father (Raj), a police officer, is not exactly smooth.

Prakash Raj plays a strict inspector, Neelakandan, in the film while actress Priya Bhavani Shankar plays Ranjani, a village lass. Raashi Khanna, essays the role of Dhanush’s high school friend, Anusha. On the other hand, Nithya Menon plays Shobana, who happens to be Thiruchitrambalam’s best friend in the film. The trailer gives away the fact that Dhanush shares all his secrets with Shobana (Nithya Menon), a childhood friend.

The film, which has music by Anirudh, has been produced by Sun Pictures Kalanithi Maran.