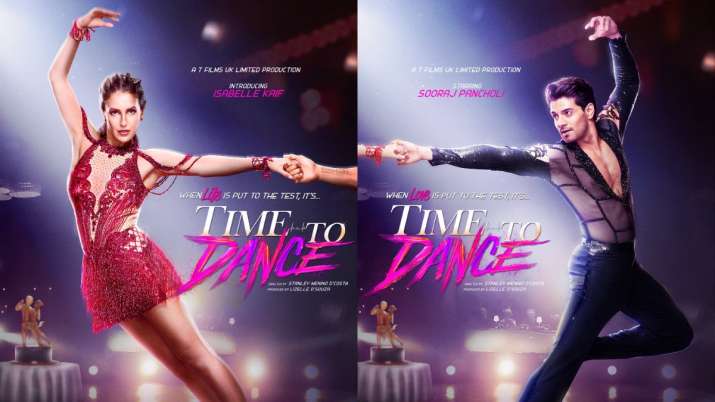 Time To Dance, featuring Sooraj Pancholi and Bollywood star Katrina Kaif‘s younger sister Isabelle Kaif, is set to be released on March 12. The film marks the Bollywood debut of Isabelle Kaif, who reportedly features in “Time To Dance” as a ballroom dancer while Pancholi essays the role of a street dancer.

“Time To Dance” is directed by Stanley Menino D’Costa, longtime assistant of filmmaker-choreographer Remo D’Souza. It is backed by Lizelle D’Souza, wife of Remo D’Souza.

“Time to break free. Time to let the moves take over. #TimeToDance releasing on March 12, 2021,” the official handle of T-Series, which has co-produced the film, said in a tweet.

Isabelle also took to her Twitter and shared the first look from the film.

The film was originally announced in 2018. Isabelle Kaif is also set to star in the romantic film Suswagatam Khushaamadeed, opposite Fukrey star Pulkit Samrat. It is directed by Dhiraj Kumar and written by Manish Kishore.

Suswagatam Khushaamadeed is being billed as an entertainer with an underlying message on social harmony. It will have Pulkit essaying the role of a Delhi boy, Aman, with Isabelle playing the role of Noor, who hails from Agra.

“Isabelle has brought fresh energy on the set. She’s extremely hard-working and has impressed everyone on the set. She is stunning and brings a streak of innocence to her character. She has left me mesmerised,” Pulkit said.