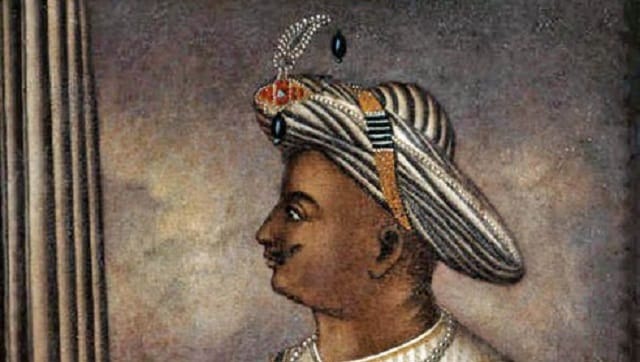 A day after a Karnataka Congress MLA promised the installation of a 100-ft statue of Tipu Sultan, former chief minister and senior party leader Siddaramaiah defended the proposal. “Why can’t Tipu Sultan’s statue be built,” he asked disdainfully. Congress lawmaker Tanveer Sait proposed the statue to be installed either in Tipu’s former capital Srirangapatna or on the banks of the Cauvery nearby.

Though the statement has stirred a huge controversy in the state, this is not the first time Tipu Sultan has polarised the state. A few years ago, when the Congress was in power in Karnataka, the state government had organised the Tipu Sultan Jayanti celebrations in the state secretariat. At that time, actor-writer Girish Karnad made the suggestion to name the Bengaluru airport after Tipu Sultan, calling him “a freedom fighter”. The Jnanpith awardee compared the Mysore ruler with Chhatrapati Shivaji, saying Tipu Sultan, had he been a Hindu, “would have been honoured just like Shivaji has been, with the international airport in Mumbai named after him”.

For a generation grown up with Sanjay Khan’s portrayal of Tipu Sultan based on Bhagwan S Gidwani’s work of hagiography — The Sword of Tipu Sultan — Karnad’s statement seems to have a kernel of truth. In reality, it was all myth-making at its best. Shivaji, as per historical records, a fact reiterated by none other than Congress leader Shashi Tharoor in his 19 February 2018 tweet, had “instructed his troops, when they captured a Koran or Bible, to treat it with respect and keep it safe until they could find a Muslim or Christian to give it to”. Tipu, in contrast, was a self-confessed fanatic who worked unapologetically to either convert or kill non-Muslims.

So, what explains the Congress’ fascination with Tipu Sultan? From a distance it may appear to be a self-goal. Reality is far from being that simple. The answer can be found in historian Charles Allen’s book, Coromandel: A Personal History of South India. Allen writes, “During my travels in the Bangalore region I was frequently surprised to hear local people speaking warmly of Tipu. I could understand why local Muslims admired him, even to the point of veneration as a saint and martyr. But what I found mystifying was that Tipu Sahib should be seen by wider sections of the general community as a patriot who fought and died in a vain attempt to halt British imperialism in India.”

The reasons can be found in the post-Independence Marxist historiography and its obsession to sanitise India’s history of wanton Islamist violence. Economic reasons were invented to explain and even justify Islamic invasions. As for Tipu Sultan, he had an added advantage: Of being an uncompromising adversary of the British, which helped our ‘eminent’ historians give him a “freedom fighter” makeover.

Celebrated Kannada novelist SL Bhyrappa adds another reason. In his essay, ‘It is Impossible to Build Nationalism on a Foundation based on Historical Falsehoods’, he writes: “During the Indian freedom struggle, wandering bards, minstrels, and those who sang lavanis used to sing rustic songs that glorified Tipu at street corners, in marketplaces, and fairs. These semi-literate and illiterate people had no knowledge of history. They were patronised by Muslims, especially Muslim merchants and businessmen who gave them bakshish.” When combined with the works of ‘eminent’ historians and playwrights, who glorify Tipu as a great patriot based on his non-compromising anti-British sentiments, the real history gets buried deep in the waters of opportunistic negationism and political correctness.

The fact is the real Tipu Sultan was a rabid Islamist who hated non-Muslims, especially Hindus. And he abhorred Kannada culture and language. The fact that the Muslims of Kerala and Tamil Nadu speak Malayalam and Tamil respectively, while their Karnataka counterparts have switched to Urdu is a testimony to his hatred for the local language. Tipu ensured that Farsi and Urdu were the only permitted mediums of instruction in his kingdom.

What also goes against Tipu’s ‘son-of-soil’ image is the fact that he rampantly changed the original names of Kannada cities and towns. So, Mangalore was called Jalalabad, Brahmapuri became Sultanpet, and Kallikote was named Farookabad; similarly, Coorg became Zafarabad, and Mysore was named Nazarabad. In fact, Tipu Sultan was often in such a hurry to change names that he often gave the same name to different cities, causing chaos and confusion on the ground.

Tipu’s hatred for non-Hindus was categorical and inflexible. Though prejudiced minds often refer to his opposition to the Nizams to showcase his non-communal character, the fact is that he detested them for being lesser Muslims, for compromising with the Marathas and the British!

One can understand the nature and extent of Tipu’s fanaticism when one reads The Dreams of Tipu Sultan, wherein the ruler of Mysore recorded and analysed 37 of his dreams. Here Hindus are invariably referred to as “Kafirs” and the British as “Christians”. In the dreams, Tipu goes to Mecca on a pilgrimage; Prophet Mohammad assures that he would not enter Heaven without Tipu; and that the ruler of Mysore won’t rest till he converts all non-Muslims to Islam and turns Har-ul-Harb into Dar-ul-Islam. As for his nationalist credentials, one needs to realise that Tipu had actually invited Afghan king Jaman Shah and the Caliph of the Ottoman Empire to invade India and establish the rule of Islam.

His secular/liberal apologists often cite the example of Tipu giving a large donation to the Sri Sringeri Sharada Peetham. They showcase this as a proof of Tipu’s religious tolerance. What they don’t say, either deliberately or out of ignorance, is that this rare instance of religious broad-mindedness took place only towards the end of his regime — after he had lost the Third Mysore War of 1791 and yielded a large territory to the British, besides surrendering two of his sons. It was a tactical move to enlist Hindu support when things weren’t going good for him. Now that is called opportunism, and not liberalism!

One can look at the Omkareshwara temple in Madikeri, Coorg, to understand the hardship Hindus and their religious institutions had to endure under Tipu Sultan. The local Hindu ruler, sensing trouble for the temple, replaced its dome to ensure it looked like a mosque from afar. The temple continues to retain this mosque-like appearance till this day.

Mangalore, Malabar, and Coorg were the epicentre of Tipu’s religious cruelties. In Coorg, such has been the hatred for him that even today street dogs are contemptuously called “Tipu”. Sandeep Balakrishna writes in Tipu Sultan: The Tyrant of Mysore, “The atrocities that he and his soldiers committed on the innocent citizens of a place he captured were truly horrifying. Apart from looting the conquered territory comprehensively, Tipu used to horribly torture and kill innocent people en masse; those who managed to survive were forcibly converted to Islam. Indeed, he had formed a separate unit of horsemen named Khazakh dedicated to this very purpose.”

It was a norm for Muslim rulers of the medieval era to pompously proclaim ‘Ghazi-hood’ after unleashing violence against Hindus and destroying their temples. They weren’t apologetic about it as they saw it as a work of God. Tipu was no exception, as he himself wrote in a letter: “With the grace of Prophet Mohammed and Allah, almost all Hindus of Calicut are converted to Islam. Only on the borders of Cochin State a few are still not converted. I am determined to convert them very soon. I consider this as jihad to achieve that objective.”

It’s ironic that a rabid Islamist like Tipu Sultan is being mainstreamed by a party that had played a momentous role in India’s freedom struggle. It’s a classic case of intellectual perversion in Indian academia that allows him to be dubiously projected as India’s own “rocket man” who was ahead of his time in integrating Western ideas. The saga is also a reminder of how the masses have been misled in seeing him as a secular, liberal ruler. The Kannadigas are the worst deceived: They are made to hero worship a person who actually abhorred them and even attempted to uproot their local culture. Islamist Tipu was inherently anti-India, anti-Hindu and anti-Kannadiga. Any attempt to project him otherwise, based on obscure historical sources and “Tipu’s 30 reverential letters to the then Shankaracharya of Sringeri”, would be as erroneous as depicting Hitler as a pacifist just because the latter was a vegetarian and loved animals, especially dogs!

The author is Opinion Editor, Firstpost and News18. He tweets from @Utpal_Kumar1. Views expressed are personal.