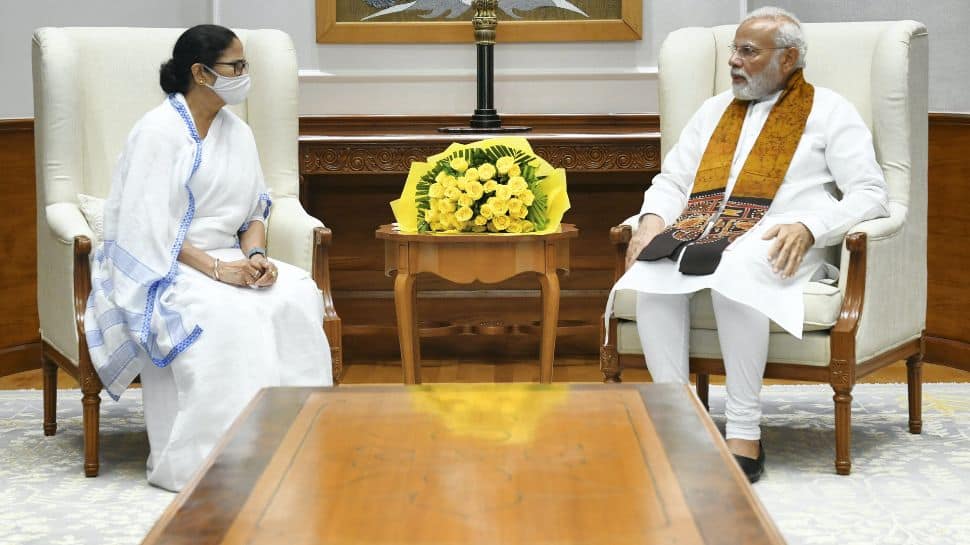 Kolkata: The CPI(M) and the Congress in Bengal trained their guns on Chief Minister Mamata Banerjee on Friday over her meeting with Prime Minister Narendra Modi, stating that it was an attempt on her part to “manage the BJP” to stop the investigations by central agencies in various graft cases, including a school appointment scam. The TMC was quick to hit back, maintaining that the allegations were “politically motivated”.

Banerjee met Prime Minister Narendra Modi on Friday and raised various issues concerning her state, including GST dues and timely release of funds by the Centre under various schemes. The Prime Minister’s Office shared a picture of the meeting, which lasted about an hour.

The Congress claimed that the TMC, as an “agent of the saffron camp”, was on a mission to destroy opposition unity.

“The way TMC had been functioning for the last few months, it is quite clear that it is acting as an agent of the saffron camp. I had said earlier that TMC is the Trojan horse. Now everything is crystal clear. The TMC has got into an understanding with the BJP to protect its members from CBI and ED investigations in various graft cases,” state Congress president Adhir Ranjan Chowdhury said.

The senior Congress leader mocked the meeting as an arrangement to “manage BJP”.

“We are apprehensive that after this meeting between CM and PM, the ED and other investigating agencies will go slow on several graft cases in Bengal,” he said.

In a similar vein, CPI(M) central committee member Sujan Chakraborty alleged that had it been a meeting for getting the dues of state, officers of various departments of the state government would have been present there with relevant documents.

“There is no reason to think that the meeting was in the interest of the state,” Chakraborty claimed.

“Now, it is clear that both the parties have a covert understanding. We all want to know what prompted Mamata Banerjee to rush to Delhi to meet the prime minister when senior leaders of her party are being arrested in graft cases,” he said.

Banerjee’s meeting with the PM came days after veteran leader Partha Chatterjee was arrested by the ED in connection with its probe into a school recruitment scam. Chatterjee happened to one of the top leaders of the TMC and a minister of the state during the time of his arrest.

He was later relieved of his ministerial duties and suspended from the party.

The TMC, however, dubbed the allegations by the Congress and the CPI(M) as “baseless”.

“What is wrong with the chief minister meeting the prime minister with issues concerning the state? This is how the federal structure works. We don’t need lessons from Congress and the CPI (M) on opposing the BJP and its policies,” TMC leader Santanu Sen said.

Welcoming the development, the state BJP leadership said a chief minister can always meet the prime minister, and not much should be read into it.

“A CM calling on PM is the most natural thing to happen in a federal structure, more so for Mamta Bannerjee who is known for abusing PM in filthiest language. The theory of ‘setting’ propagated by the two rootless wonders- CPM and Congress- is a figment of their imagination (sic),” BJP state president Sukanta Majumdar tweeted.

(Except for the headline, this story has not been edited by Zee News staff and is published from a syndicated feed.)