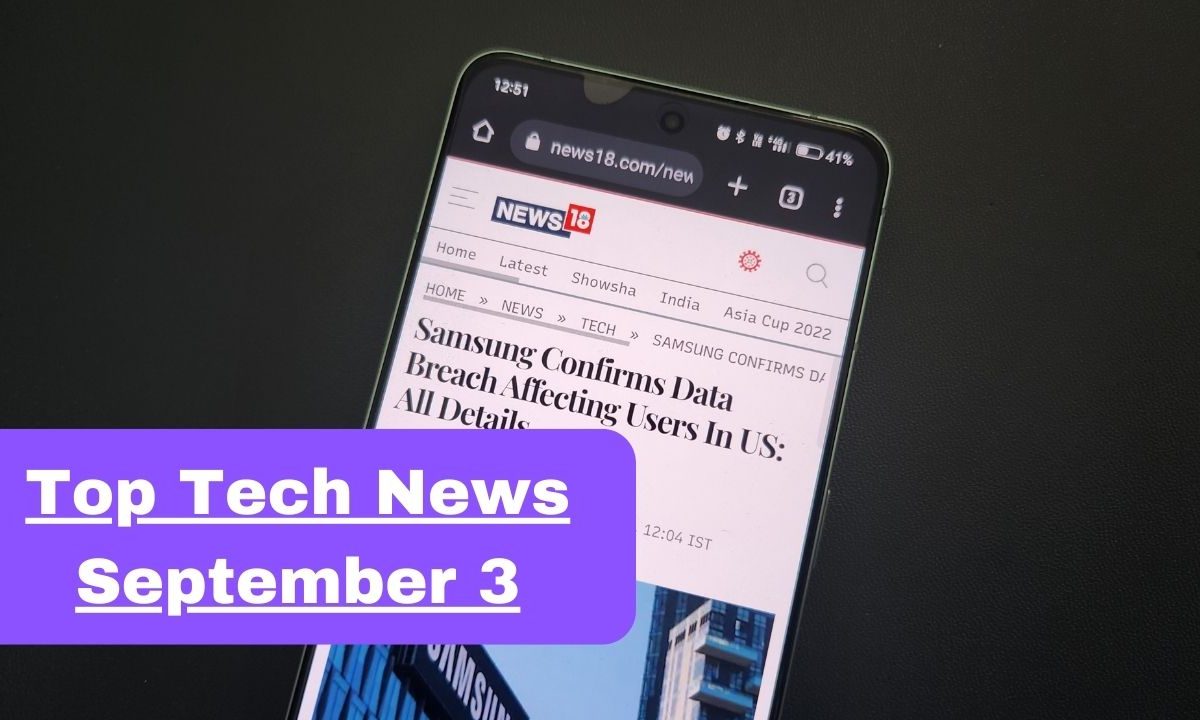 Welcome to the latest edition of the Top Tech News, where you talk about a new feature confirmed by Google for Android 14, Samsung data breach in the US and more.

Android is not ready to sit back and let Apple take all the laurels, as the next version is confirmed to support satellite connectivity. The update was shared by Hiroshi Lockheimer, SVP – Platforms and Ecosystems at Google. He also mentioned that Google will have partners on board to bring satellite connectivity to Android 14, which is coming next year.

He did not share if the feature support will be software-enabled, which if it does, can possibly allow Google push upgrade the software for Android 13 and bring satellite connectivity on the older version as well.

Samsung Confirms Data Breach In US

Samsung has confirmed a data breach which affected its users in the United States earlier this year. The company has mentioned that the breach has leaked data of some of its users.

Interestingly, Samsung claims that the breach did not expose confidential details like debit card and credit card numbers, and also social security numbers, which is rather odd for a company like Samsung to require in the first place.

The incident happened in July, so we are not sure why the company has waited more than a month before disclosing the leak to the public and its consumers.

Tech Tip – How To Send High-Res Photos On WhatsApp